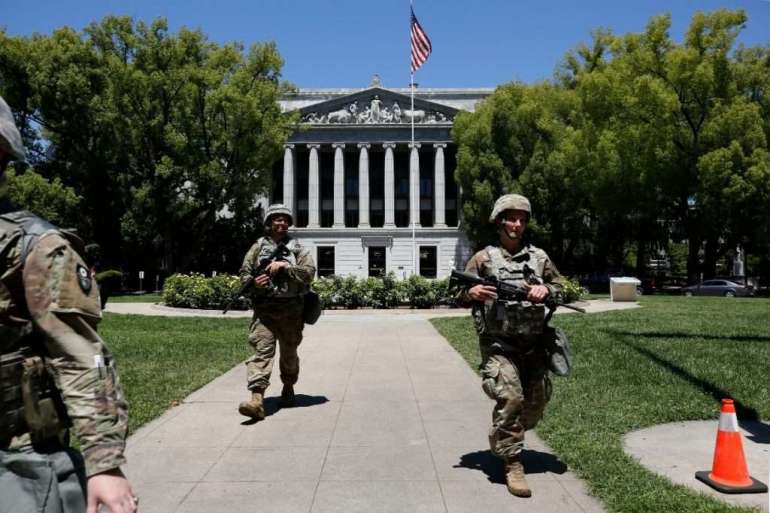 The new directives do not explain why the three states were selected, or why the extension is set to terminate earlier than Texas and Florida’s.

The 75/25 burden-sharing formula was announced Monday when Trump extended the nationwide National Guard mission until the end of the year. It sparked an outcry from leaders in both parties and Guard advocates at a time when many state governments are in dire financial shape. Trump’s decision to spare Texas and Florida, meanwhile, also drew accusations that he was playing favorites with two must-win battleground states in the November election.

The White House maintained on Thursday that only Texas and Florida’s governors appealed directly to the president for full funding — a claim other states dispute. Now, many other governors are requesting calls with Trump to make their case to be spared from the impending funding cut.

On a call with officials from the White House, Defense Department, and FEMA with the National Governors Association’s Council of Governors, multiple governors complained that states are not being treated equally, according to a readout provided to POLITICO.

On the call, the White House encouraged other governors to “send a ‘demand signal’ and inform the President as to why authorization and the cost share are uniquely needed.”

The decision to now shield five states from federal funding cuts has only amplified questions and concerns surrounding the process the Trump administration is using to distribute federal aid in the middle of a deadly pandemic.

California has the highest total number of coronavirus cases, but not the highest number per capita. Arizona, which Trump recently praised as a model, has improved in recent weeks, but continues to struggle with a high case count, a high percentage of people testing positive, and nearly full ICUs in its hospitals. Connecticut this week saw zero new deaths and its lowest test positivity rate in months — less than a quarter of one percent — indicating the state is doing well suppressing the virus.

The National Governors Association on Friday demanded the administration provide 100 percent federal support for all states through the end of the year.

“This will ensure a fair and equitable response from the federal government to state and territorial needs during this ongoing national crisis, which knows no borders or boundaries,” the group wrote.

The governors added that the President’s plan would place a substantial new burden on states to pay 25 percent of the cost of the Guard deployments “while also executing unprecedented responsibility to protect the public health and well-being of constituents.”

Biden on Friday also called on his challenger to cover all states and territories with National Guard troops on virus duty.

“I welcome that five states will continue to receive 100% reimbursement,” he told POLITICO in the statement. “The Trump administration should extend that coverage to the dozens of other states that are deploying the Guard for pandemic response.”

“We face a national crisis; it deserves a national strategy,” Biden added. “Nearly six months into this crisis, why doesn’t President Trump understand that?”