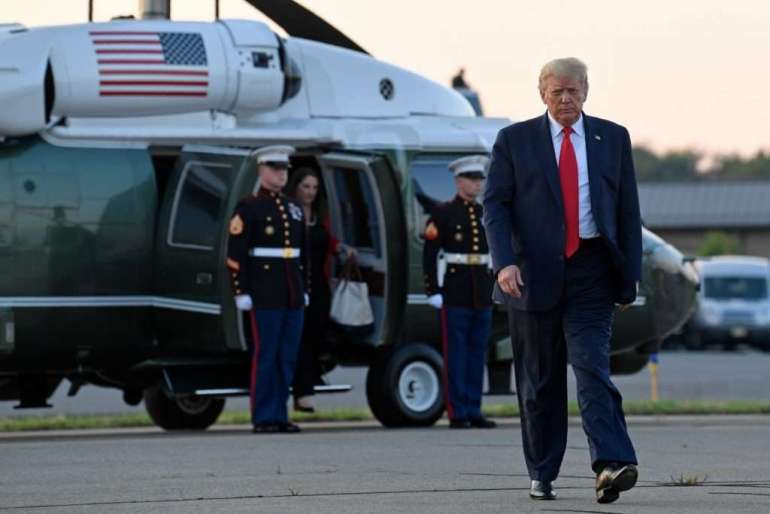 Struggling households bolstered by previous direct federal payments may get no more cash anytime soon. And expanded unemployment benefits may drop substantially — even if Trump’s move survives in court — while millions remain out of work. Trump’s payroll tax deferral could also prove difficult to implement and is, at least for now, only a temporary reprieve rather than a permanent cut.

All of this means that absent a fresh breakthrough on another stimulus bill, an economy that cratered by historic proportions in the first half of the year amid the Covid-19 epidemic will have to continue to snap back without much federal help, at least beyond the easy-money policies put in place by the Federal Reserve.

“We are increasingly concerned that this best-they-can do stimulus from the White House will never make it fully to the execution stage and the economy will be left to sink or swim on its own,” said Chris Rupkey, chief financial economist at financial group MUFG. “Washington is either unable or unwilling to provide a lifeline to those who can’t swim like the bankrupt state and local governments and the millions of unemployed who have no jobs to return to.”

White House officials reject this idea and say the executive actions will do a lot to boost the recovery while also putting Democrats on defense politically.

“Besides adding some much needed assistance, I think this moves the ball toward recovery,” National Economic Council Director Larry Kudlow said in an interview. “I’m the first to admit there is way too much unemployment out there and we really do need to help people and we came up with a good compromise way to do that.”

Kudlow is framing the payroll tax deferral as a $1,200 wage increase “for the heroes who are working through this whole pandemic. And if after-tax wages go up, that’s an incentive to go back to work. And politically, it may well move us toward negotiations.”

Trump on Saturday moved to circumvent Congress with four executive actions that would attempt to provide $400 per month in extra jobless benefits by redirecting existing federal disaster aid money.

The order says states would have to come up with 25 percent of the money, but Trump later said the federal government would cover the whole payment if struggling states could not. Kudlow said the extra benefit could be even higher — as much as $800 — because the administration would work to repurpose more funds and add to whatever states are able to provide.

It’s unclear when the benefit would kick in or how long it would last. States were still seeking guidance Monday, and some worried they’d need to build a new system for delivering benefits under this program. But Treasury Secretary Steven Mnuchin on Monday said he thought states could start distributing the new benefits “within the next week or two.“

The payroll tax deferral for those making under $104,000 a year would require employers to comply, but would only be a deferral of taxes that would later amount to a giant tax bill. And the eviction moratorium would actually do nothing for the vast majority of the country’s tenants.

“The direct economic effects are likely to be limited in scope, scale and duration,” said Mohamed A. El-Erian, chief economic adviser at Allianz. “And this is before you consider the considerable legal uncertainties. The indirect effects are uncertain, depending on whether the orders facilitate or retard congressional compromises.”

Trump’s own senior aides over the weekend acknowledged the shortcomings and potential legal challenges. “Maybe we’re going to go to court on them. We’re going to go ahead with our actions anyways,” Kudlow said on ABC’s “This Week.”

White House chief of staff Mark Meadows conceded that major issues would remain unaddressed. “The downside of executive orders is you can’t address some of the small business incidents that are there,” he said on Sunday on “Full Court Press With Greta Van Susteren.”

“You can’t necessarily get direct payments, because it has to do with appropriations,” he said. “That’s something that the president doesn’t have the ability to do. So, you miss on those two key areas. You miss on money for schools. You miss on any funding for state and local revenue needs that may be out there.”

On CNBC Monday, Mnuchin reiterated what Trump himself suggested Sunday night and on Twitter on Monday: The White House still wants a larger deal, despite major differences with Democrats on the price tag and what new legislation would include.

“The president is determined to spend what we need to spend,” Mnuchin said. “We’re prepared to put more money on the table.” But he did not say when he might restart talks with Democratic leaders on the Hill, only that “if we can get a fair deal we’re willing to do it this week.”

Meadows is out of Washington this week so talks could prove difficult to restart right away. And many Republicans have expressed concern about spending much more federal money and have an ideological preference to simply let the economy fend for itself.

If no deal is reached and with questions looming over Trump’s executive actions, the economy may wind up without more fiscal support just as the recovery from the depths of the Covid-19 collapse appears to be flagging.

Job creation slowed from 4.8 million in June to 1.8 million in July as fresh virus breakouts spread in multiple states and reopening plans had to be curtailed. So far, the U.S. has added back only around 9 million of the 22 million jobs lost since the crisis began.