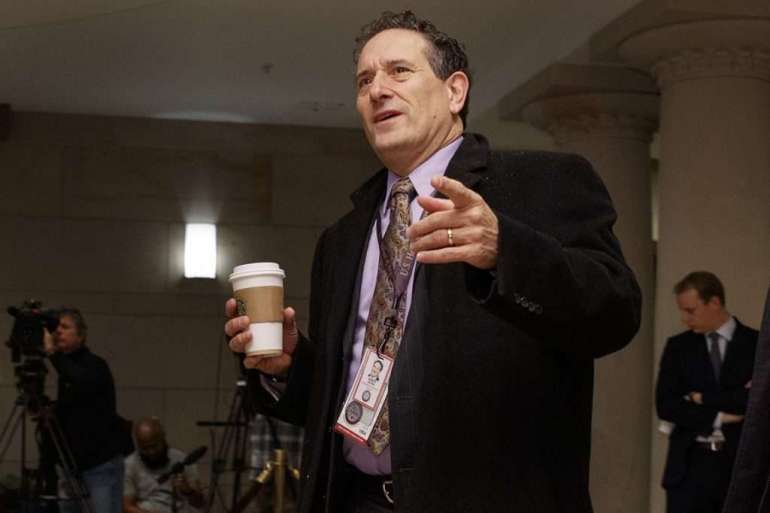 During a June hearing last year, Levin asked R. Clarke Cooper, the assistant secretary of State for political-military affairs, whether an emergency arose that necessitated the arms sale in the days between May 20 and 21, when Pompeo briefed lawmakers in a classified setting, and May 24, when the department declared the emergency. Cooper responded affirmatively.

However, an unredacted version of the IG report on the transfer shows that Pompeo told the department to start prepping the emergency declaration much earlier on May 4.

“In short: Mr. Cooper lied. Secretary Pompeo directed the invention of an emergency more than two weeks before he briefed Congress. One did not arise over the course of three days, as Mr. Cooper told me,” Levin said in a statement. “This report confirms what we already know: this Administration has no qualms about lying to the American people. Rarely, however, are those lies so blatant and so dangerous as this one. If they’re willing to lie about national security, what’s next?”

A State Department spokesperson did not directly respond to Levin’s accusation that Cooper lied, and instead said the situation in the Persian Gulf at the time “very clearly justified” the use of emergency authorities.

“It is clear the IG also agrees that statutory requirements were complied with, as they found no wrongdoing in the emergency arms sales and stated clearly that the Secretary properly executed the certification and complied with the requirements outlined in the Arms Export Control Act,” said the spokesperson, who requested anonymity to discuss a sensitive matter.

The unclassified version of the report published online Tuesday concluded that, technically speaking, Pompeo acted within his authority to declare the emergency, given that the regulations involved give him considerable discretion. Yet the IG also determined the department did not fully consider the risks of civilian casualties surrounding the transfer.

The report released online gives the impression that Pompeo moved quickly on an urgent issue, briefing Congress on Iranian threats on May 21 and approving the paperwork two days later. But an unredacted version shared with lawmakers Tuesday reflects a much longer timeline, showing, for instance, that State Department staffers proposed using the emergency authorities on April 3.

The unredacted report also shows that by the time the IG began reviewing the sale in October, foreign partners had received only four of the 22 arms transfer cases included in the emergency. The low number of deliveries also raises questions about the nature of the emergency.

“The report released today is alarming for a whole host of reasons,” Levin said. “But this report also holds particular significance for me personally. It proves that, on June 12, 2019, the State Department lied to me — and, by extension, to Congress and to the American people.

The report drew headlines even before its release, when Pompeo this year engineered the firing of Steve Linick, the inspector general who initiated the investigation. Linick was simultaneously looking into whether Pompeo and his wife, Susan, improperly used State Department funds for personal reasons.

Since then the State Department has tried to tightly control the narrative about the IG’s conclusions, demanding major redactions ahead of the report’s Tuesday release. And on Monday, the department held a background briefing with reporters designed to highlight the finding that Pompeo acted appropriately in issuing the emergency declaration, but made no mention of the shifting timelines or the determination regarding civilian casualties. The department did not release the full report until the next day.

House Foreign Affairs Chair Eliot Engel (D-N.Y.) blasted the effort to put an early spin on the IG’s findings before the report was released, comparing it to the Russia election interference investigation.

“The people briefing the press were the subjects of the IG’s probe, not the report’s authors,” Engel said in a statement. “This obvious pre-spin of the findings reeks of an attempt to distract and mislead. Mike Pompeo is pulling directly from the Bill Barr playbook.”