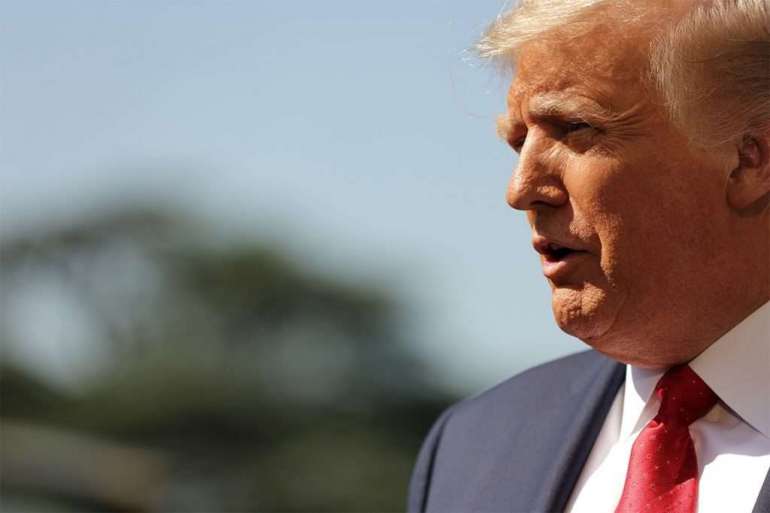 “It’s a no-win proposition because you’re going to alienate (one or) the other group,” said Tom Kloza, analyst at the oil price service OPIS, who has not been in touch with the Trump administration. “To the extent that they can, they’ll probably stall or wait. And they can get away with it because its such an uncertain environment in terms of what volumes are going to look like next year.”

Trump has held several Oval Office meetings on the biofuel disputes, and he has been in regular telephone conversation with biofuel champion Sen. Chuck Grassley (R-Iowa), who has admonished the president to pump up ethanol volumes. But he has also faced pressure from Sens. Ted Cruz (R-Texas) and Pat Toomey (R-Pa.), two oil refining advocates who have pressed Trump to side with the industry’s blue collar workers.

But Trump has failed to craft a deal that satisfies both sides. And even his efforts to placate farm country — such as an agreement to allow year-round sales of higher-ethanol blends of gasoline — have been overshadowed by corn growers’ anger over EPA’s expanded use of exemptions for refineries.

Oil refiners are now pressing EPA to grant them biofuel exemptions dating back to 2012, a move they say could allow EPA to skirt a January court decision that sharply curtailed the agency’s power to issue those waivers.

EPA Administrator Andrew Wheeler said last week on a trip to the Midwest that he could not promise a decision on the waivers and 2021 blending levels, calling the issue “complicated.”

In a statement to POLITICO, the agency said it’s still working on the 2021 blending volume requirements but did not give a timeline for their release.

“EPA continues to work with all federal partners on the 2021 [levels] including assessing the potential impacts of COVID-19 and outstanding legal issues,” EPA spokesperson James Hewitt told POLITICO in a statement.

People in communication with senior Trump administration officials say neither Wheeler nor the White House wants to inflame tensions over the ethanol program. Granting the small refinery exemptions to gasoline makers would infuriate farmers who have so far been loyal Trump supporters, but denying them would be a blow to refiners struggling to survive amid the collapse in fuel demand because of the Covid-19 pandemic. Until the administration decides that issue, the release of the annual ethanol-blending mandate — known as the Renewable Volume Obligation — remains in limbo.

“There remains no political decision on the SRE mess so, hence, no decision on RVO,” a person in the oil industry told POLITICO.

Trump is likely to campaign in Iowa and other Corn Belt states on his support for ethanol and his decision to allow year-round 15-percent ethanol blend sales — a message Vice President Mike Pence delivered last week.

But that message may be hard to sell amid the recession. The downturn has forced ethanol producers to idle as much as 40 percent of their capacity and oil refiners to cut output by as much as 20 percentage points, according to the Energy Information Administration.

EPA’s tough decision concerns what to do with 52 “gap year” exemption requests the agency has received from small refiners. The requests, which would grant the refiners waiver dating back nearly a decade, are an effort to allow them to comply with the January decision from U.S. Court of Appeals for the 10th Circuit, which said a refinery can receive new exemptions only if they have received them continuously since the program began. Ethanol producers see the requests as undermining Trump’s effort to ensure maximum biofuel blending.

Wheeler has indicated that EPA is in no rush to make the call on those refiners’ requests, telling a crowd in Wisconsin last week that the Department of Energy, which advises its EPA on the decisions, had already provided its feedback.

“I’m not sure how long it’s going to take us to review them,” Wheeler said at a tour of a Wisconsin dairy, according to Biomass Magazine.

With the exemptions up in the air and no sign of the 2021 volumes, ethanol producers are getting frustrated.

“If someone asked me, ‘Has President Trump kept his promise?’ I can’t say yes,” said Monte Shaw, head of the Iowa Renewable Fuels Association, an ethanol producers trade group.

Shaw said plenty of time remains for EPA to make a decision on the waivers and the requirements, a move that could bolster support for Trump among farmers.

And at least one person in the refining industry worried that Sen. Joni Ernst‘s (R-Iowa) neck-and-neck reelection race could push the administration to issue a rule favorable to corn and ethanol interests.

If EPA were to propose blending volumes in November, it would likely mean no final rule for 2021 until after the year had begun. For their part, refiners would like to see a rule, but don’t want one that would force them to absorb too much blending.

“Regulatory certainty is always important to refiners, but at the same time it’s better that EPA get this rulemaking right than simply get it done fast,” said a spokesperson with the American Fuel and Petrochemical Manufacturers, a refiners trade association. “With market upheaval from COVID and policy decisions needed around the SREs, it is even more important that annual volumetric mandates be achievable, reflect reduced fuel consumption and do not put consumers or refining jobs at risk.”

CORRECTION: An earlier version of this report misstated where Wheeler spoke. It was in Wisconsin.