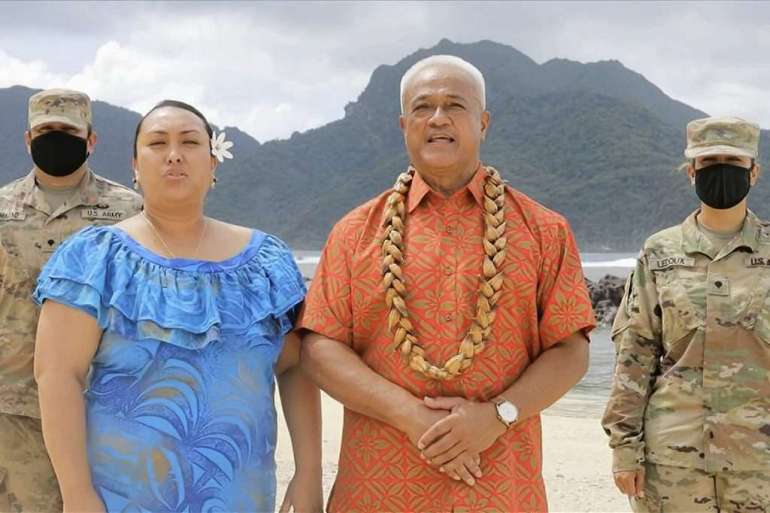 POLITICO’s Lara Seligman and Dan Diamond discuss how they broke the story on the Pentagon’s $2.2 billion health care controversy — and what it’s like to have the president confirm your reporting.

But the problem has extended throughout Trump’s presidency, including when the Navy was told to cover up the name of the destroyer USS John S. McCain so it wasn’t visible during a presidential speech in 2019.

The Democratic Party’s platform for 2020 promises to “end the Trump administration’s politicization of the armed forces.”

What’s next: The Army will investigate the soldiers, who are assigned to the 9th Mission Support Command.

“Wearing a uniform to a partisan political event like this is prohibited,” Army spokesperson Lt. Col. Emanuel Ortiz said in a statement. “The Army follows the Department of Defense’s longstanding and well-defined policy regarding political campaigns and elections to avoid the perception of DoD sponsorship, approval or endorsement of any political candidate, campaign or cause.”