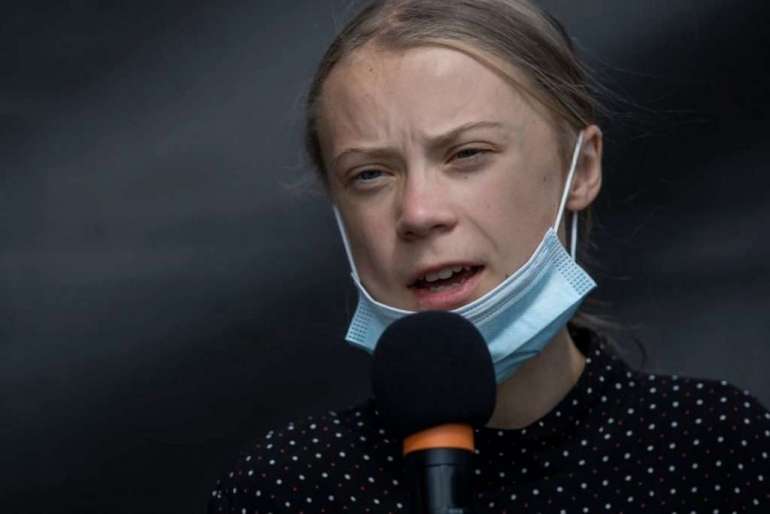 According to a German government statement issued after the meeting, the group discussed the climate priorities of the German EU Council presidency, the EU’s objective of becoming climate-neutral by 2050 and efforts to hike the bloc’s 2030 emissions reduction targets.

“Both sides agree that global warming is a global challenge where industrial states have a particular responsibility in its management,” the statement said, adding: “The basis for that is the implementation of the Paris Agreement.”

But that’s pretty much where agreement ended.

The campaigners want politicians — and especially Merkel — to speed up emissions cuts and other climate measures. They say that “Europe has a responsibility to act” thanks to the pollution dating back to the Industrial Revolution that caused the bulk of the emissions problem.

“We want leaders to step up, take responsibility and treat the climate crisis like a crisis,” said Thunberg.

But many politicians argue they can’t simply rush through tougher climate targets without also taking into effect the impact on people and businesses.

The campaigners give short shrift to such political calculations.

“It became very clear that we look at the situation from different perspectives,” Luisa Neubauer, 24, the group’s German member, told reporters. “As a physicist, [Merkel] does understand the science. As a politician, she well understands the political complexity behind that struggle. The question is now how to fill that gap.”

For them, the rapidly warming planet is the world’s overriding risk.

“The interests of future generations have to be somehow balanced with interests of generations today — and that’s a huge challenge and we’re not denying that at all,” said Neubauer, a member of the German Greens party.

While the weekly strikes that launched the youth protest movement are now more difficult, the movement isn’t giving up on direct action.

“We used to strike in masses on the streets which was for many weeks not thinkable during corona and is still a very challenging task,” Neubauer said. “We’re listening to the science and we are adjusting. We’re moving to spaces where we can strike safely — sometimes digitally, sometimes in smaller numbers on the streets.”

The movement is gearing up for a new wave of demonstrations next month.

“We have decided to strike again globally and safely, if possible on the streets … we’re mobilizing right now for September 25,” Neubauer said. “The climate crisis hasn’t slowed, it’s escalating. We need people to demand action and this is obviously what we keep doing.”