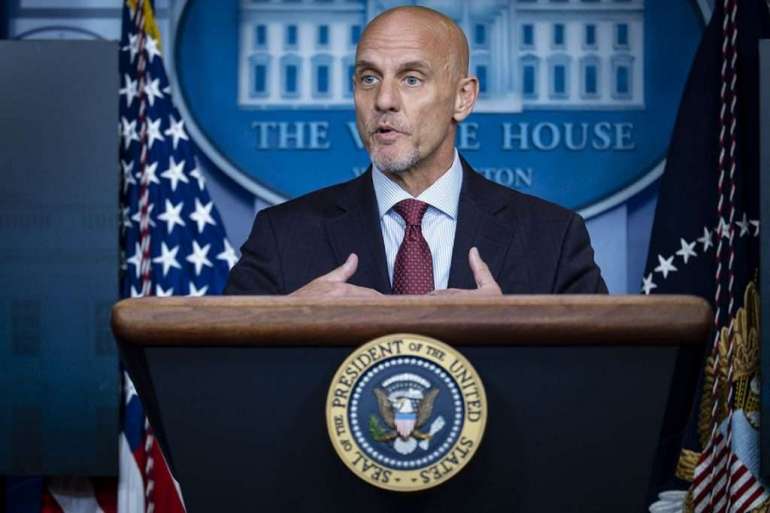 While the therapy is considered safe, plasma has not yet been proven effective against the coronavirus.

But in announcing the Food and Drug Administration’s granting of an emergency use authorization for the treatment on Sunday, the White House billed the decision as a “historic announcement.”

Nursing homes across the country have closed their doors to visitors. POLITICO’s Alexandra Levine explains how that lack of human connection has left residents and their families in the dark.

The authorization was based on anecdotal data from a 70,000-person program run by the Mayo Clinic. Hahn defended the use of that data to issue the emergency use authorization, arguing that FDA scientists made the decision to approve emergency use of the treatment “a few weeks ago” and that while questions may remain about its efficacy, “the safety profile is well defined.”

At Sunday’s news conference, Hahn did not dispute the president’s assessment that plasma is a “very effective” treatment. Citing the Mayo Clinic program, the FDA commissioner said “if you are one of those 35 out of 100 people who these data suggest survive as a result of it, this is pretty significant.”

But as Hahn later conceded, that statistic distorts the findings from the Mayo program. Scientists found that patients given plasma early in their illness fared better than those who received it later. But the Mayo study lacked a control group that would have let them compare the outcomes of those who received plasma against those who did not — the only way to prove whether the treatment works.

Several leading scientists — including a Johns Hopkins University researcher leading randomized, controlled trials of plasma — have said they can’t figure out how the administation arrived at its 35-to-1 statistic, based on the data the Mayo team published this month.

In a statement released Sunday, the FDA said plasma “does not yet represent a new standard of care based on the current available evidence.”