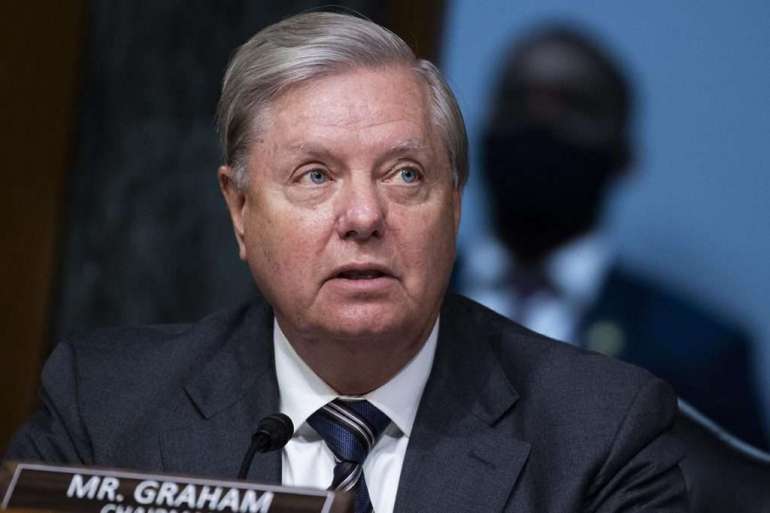 Blake, 29, was shot by a Kenosha police officer claiming to respond to a domestic dispute. In the cell phone video that captured the officer shooting him, Blake leans into a vehicle before being shot. It is unclear from the audio whether police officers asked him to yield. Blake’s three children were in the car.

Nursing homes across the country have closed their doors to visitors. POLITICO’s Alexandra Levine explains how that lack of human connection has left residents and their families in the dark.

In an interview with the Chicago Sun-Times on Tuesday, Blake’s father said that there are “eight holes” in his son’s body, paralyzing him from the waist down. Benjamin Crump, the attorney representing Blake’s family, said that Blake is in surgery for the spinal injuries sustained from being shot at such close range and remains in critical condition.

Graham’s comments come as the country enters its third month of protests catalyzed by the deaths of George Floyd and Breonna Taylor, African Americans who were killed by police officers. Blake’s shooting has prompted a new round of protests against police brutality in Kenosha and around the country. Wisconsin’s governor declared a state of emergency Tuesday after some protesters vandalized buildings.

Graham, who said he supports police reform measures, argued that Floyd’s death was an example of bad policing, calling it “heinous” and “wrong.” His office did not respond to a request for comment.

“Police are not above the law,” Graham said. “There are places where police act with impunity. This is not one of those nations.”

Graham is running in a hotly contested reelection campaign for Senate in South Carolina, a state that is more than 30 percent Black. An August Quinnipiac poll put him in a virtual tie with Democratic challenger Jamie Harrison.

During the press conference, Graham called on Harrison to return donations he received from the organization MoveOn.org, which supports a divest-invest model to redirect funds from police departments to municipal services and community programs. Harrison has denied that he is in favor of defunding the police, as some protesters are demanding.