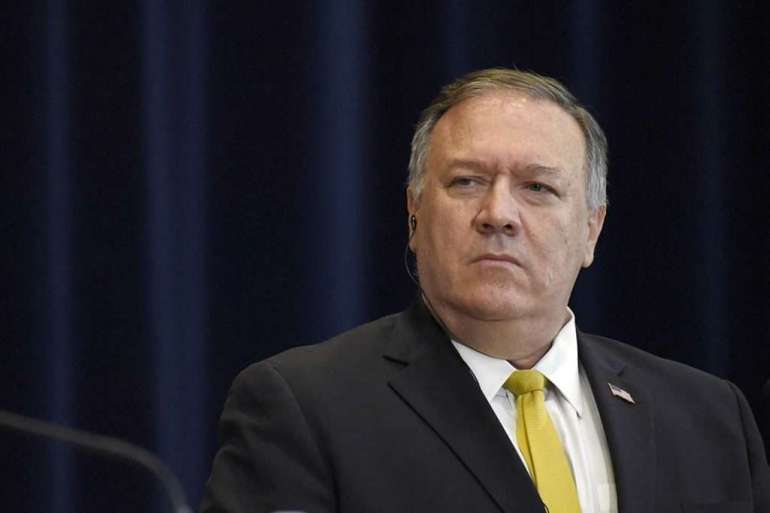 In a letter to the committee that Engel released alongside his announcement, State Department legislative affairs chief Ryan Kaldahl said the department would readily comply with Democrats’ demands for documents if they mirrored the Senate GOP’s investigation of Biden.

“If you can confirm by letter that the Committee is, in fact, substantively investigating identical or very similar corruption issues involving Ukraine and corrupt influence related to U.S. foreign policy, the Department is ready to commence production of documents responsive to such a request,” Kaldahl wrote.

The department also rejected the contention that it’s obstructing Democratic investigations or politicizing the department’s response.

But Engel said the State Department was effectively asking the House committee to parrot the GOP investigation, amounting to the amplification of a false narrative.

Senate Homeland Security and Governmental Affairs Chair Ron Johnson (R-Wis.) and Senate Finance Chair Chuck Grassley (R-Iowa) are spearheading two separate investigations that Democrats have panned as an abuse of the Senate’s oversight authority. One centers on Biden and his son Hunter, who served on the board of a Ukrainian energy company while his father was vice president; the other is a review of the 2016-era Russia investigation and the presidential transition period in 2016 and 2017.

Earlier this year, Engel issued a subpoena to Pompeo seeking copies of the documents that the State Department was turning over to the Senate Republican investigators.

In justifying his move to seek contempt proceedings, Engel referenced a POLITICO story revealing that a Pompeo aide instructed senior State Department officials last week to begin compiling documents for the Senate GOP-led investigation into the origins of the Russia probe, showing that the department was prioritizing what Democrats have labeled a politically motivated probe intended to denigrate Biden.

The State Department memo was highly unusual, Democratic aides said, in part because it sets an arbitrary date range that Johnson and Grassley never specified. The aides noted that the State Department appeared highly deferential to the request, though the senators initially demanded the documents earlier this year.

Kaldahl, the State Department’s legislative affairs chief, defended the memo as “a required step in the process of authorizing searches and collections in response to congressional requests for documents.”

In his letter to the committee, Kaldahl included a 40-page compendium of responses to previous House oversight requests. And he rejected the notion that Pompeo had politicized the department’s response to inquiries from Democrats or Republicans.

A State Department spokesperson said the department has offered to turn over the requested documents to Engel if the New York Democrat explains “what foreign policy issue he is investigating that requires these documents.”

“Once this letter is received, the Department will produce the documents,” the spokesperson added. “This press release is political theatrics and is an unfortunate waste of taxpayer resources.”

Nahal Toosi contributed to this report.