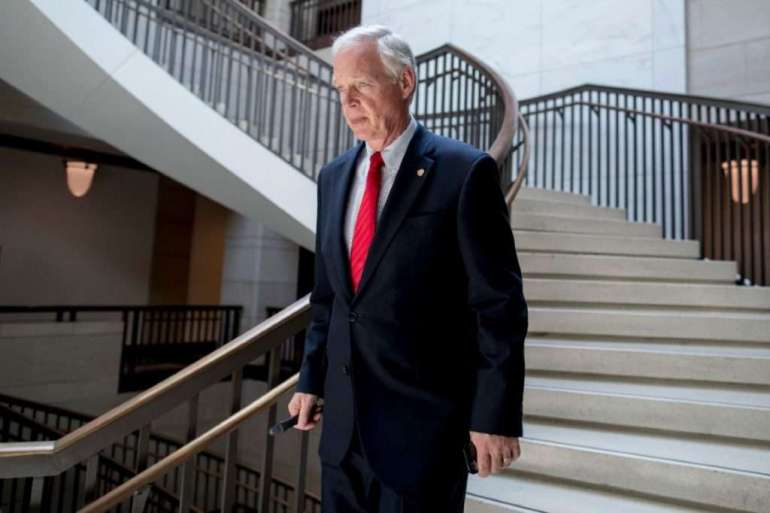 When asked by Bash whether he believed Russia was actively working to destabilize the 2020 election, Johnson said he did. But the Wisconsin Republican also said Democratic claims that the Trump campaign colluded with Russia are “doing Putin’s work for him” and took a dig at the California Democrat who is the House intelligence chair.

We know “that foreign actors are trying to influence, trying to destabilize our political system,” Johnson said. “What Adam Schiff did with this false narrative, what the news media did in terms of false Russian collusion with the Trump campaign narrative, a criminal investigation, special counsel — that is what has destabilized our politics.

Critics of Ratcliffe’s change contend that ending the in-person briefings in favor of written statements would prevent members of Congress from questioning people working to ensure the security of U.S. elections.

In a later interview with Bash, Schiff said the written briefings weren’t enough and blasted President Donald Trump for trying to suppress information.

“You can state things in a written report that are not correct, and you can’t be subject to questioning about it,” Schiff said. “When you can hide behind documents or withhold documents and not have to answer questions about it, it lets you conceal the truth. And in this case, concealing the truth is concealing Russians are again intervening to help the president and the reelection.”

Trump suggested on Saturday during a roundtable in Orange, Texas, that Schiff was responsible for leaking information.

The California Democrat pushed back on the assertion, insisting that neither he nor members of his staff have leaked classified information received in briefings.

“I haven’t, my staff hasn’t,” Schiff said. “I can’t speak for what all the members of the committee have done or not done including a lot of the Republican members.”

Schiff also didn’t rule out subpoenaing intelligence officials to testify before his committee on election security before November.

“That is certainly one of the tools we may use. We will compel the intelligence community to give Congress the information that we need,” he said. “And the American people ought to know what Russia is doing, they ought to know their president is unwilling to stand up to Vladimir Putin, they ought to know that senators like Ron Johnson are pushing a Kremlin false narrative about Joe Biden and doing it knowingly.”