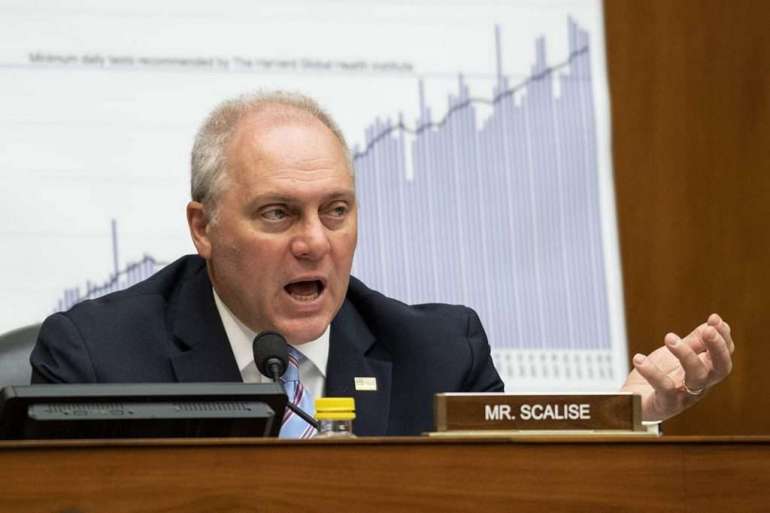 Twitter flagged the video, which has since been deleted from Scalise’s Twitter feed, as “manipulated,” while Barkan called for its removal. The “Medicare for All” advocate has amyotrophic lateral sclerosis, the incurable disease known as ALS, and he uses eye tracking technology combined with speech-generating devices to help him communicate.

“[email protected], These are not my words. I have lost my ability to speak, but not my agency or my thoughts,” Barkan tweeted Sunday. “You and your team have doctored my words for your own political gain. Please remove this video immediately. You owe the entire disability community an apology.”

Scalise spokeswoman Lauren Fine told The Washington Post in an email that the video shared by the congressman had been “condensed … to the essence of what he was asking, as is common practice for clips run on TV and social media, no matter the speaker” — a position reiterated by Scalise on Monday.

“Multiple times Joe Biden has [been] asked if he supports redirecting money away from police, and Joe Biden says yes. Redirecting and defunding the police are the same thing,” Scalise said. “If you’re a police officer and they’re redirecting money away from you, [it] doesn’t matter where else it’s going. It’s going to make it harder for those police officers to do their job safely, and to keep those communities safe.”

President Donald Trump and his allies have repeatedly and falsely claimed that Biden supports defunding police, a proposal that gained greater prominence this summer amid nationwide protests against police brutality and racial injustice. But Biden supports no such policy, and while he favors more police reforms and oversight, his campaign has put forward a criminal justice plan calling for an additional $300 million in funding to police departments.