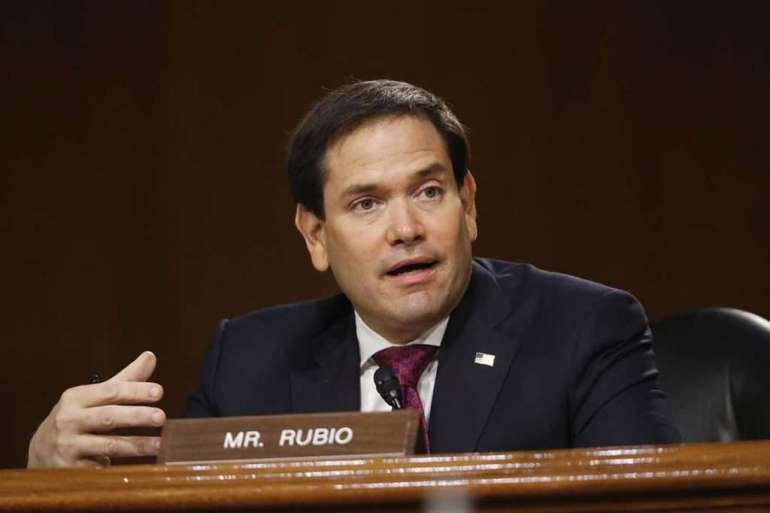 Rubio added that “they can’t tell us they’re not coming in to talk to us” because the Senate Intelligence Committee oversees the intelligence community.

Entrusting sensitive national security information to only one chamber of Congress would be unprecedented; administrations of both parties have, for decades, briefed the congressional intelligence committees regardless of which party is in control.

A representative for Ratcliffe did not respond to a request for comment on Rubio’s account of his conversation with the intelligence chief. Ratcliffe had said that while in-person briefings would no longer take place, his office would still provide lawmakers with written intelligence reports. Democrats noted that this approach deprives lawmakers of the ability to ask questions and press intelligence officials on their assessments.

While Rubio has echoed Ratcliffe in denouncing leaks of classified information, he suggested that he disagrees with Ratcliffe’s approach as outlined in his letters over the weekend.

“The answer to that frustration can’t be, however, that we are just not going to talk to Congress anymore,” Rubio added. “That’s not what the law says.”

Schiff, along with Speaker Nancy Pelosi and Rep. Pete Visclosky (D-Ind.), a top appropriator, demanded that Ratcliffe reinstate those briefings. The letter also hinted at concerns that the Democratic-led panel would be cut off from in-person briefings while the GOP-led Senate Intelligence Committee would continue to receive those briefings, demanding “parity” between the two chambers.

Schiff, Pelosi and Visclosky threatened to use the full powers of the House if Ratcliffe does not reverse course, hinting at a possible subpoena or using the Sept. 30 government funding deadline as leverage.

“If you are unwilling to resume election-related intelligence briefings to Congress, we will have no choice but to consider the full range of tools available to compel compliance,” the lawmakers wrote.

A spokesman for Schiff declined to comment. A spokeswoman for Sen. Mark Warner (D-Va.), vice chairman of the Senate Intelligence Committee, referred to the senator’s comments to The Washington Post earlier this week. “I don’t think you can cherry-pick oversight based on who you like and which party is in control,” Warner said.