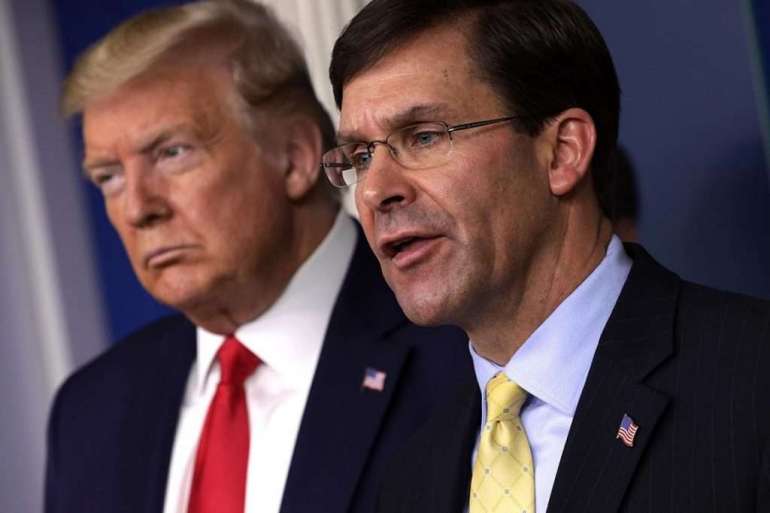 “Why should I go to that cemetery? It’s filled with losers,” Trump is reported to have said.

But current and former Defense Department officials, who requested anonymity to discuss a sensitive topic, said they never heard Trump use such words when referring to troops. Esper, who was in France during the incident, remembers that the flight to the cemetery was canceled for weather reasons, and “never heard any other such allegation as those in The Atlantic until today,” said one senior defense official.

Meanwhile, a former senior defense official told POLITICO that “not only had I never heard the president say a single derogatory word about our uniformed military, to the contrary, everything I heard was complimentary and laudatory with respect to our people in uniform and their families.”

A second former senior defense official also denied hearing the president comment disrespectfully of the troops, noting that “I would never have thought the president would say anything like that.”