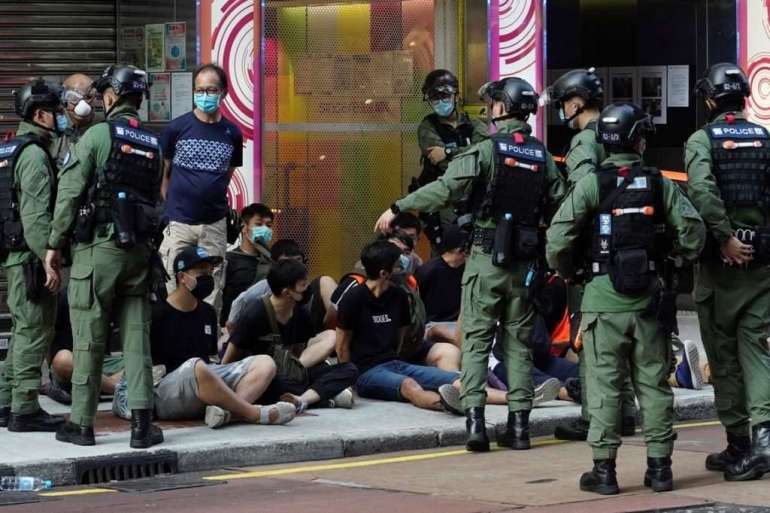 On Sunday, one woman was arrested in the Kowloon district of Yau Ma Tei on charges of assault and spreading pro-independence slogans, the police department said on its Facebook page. It said such slogans are illegal under the newly enacted National Security Act.

The ruling Communist Party’s decision to impose the law in May prompted complaints it was violating the autonomy promised to the territory when it was returned to China in 1997. Washington withdrew trading privileges granted to Hong Kong and other governments suspended extradition and other agreements on the grounds that the territory of 7 million people is no longer autonomous.

At least 90 people were arrested, most of them on suspicion of illegal assembly, the police department said on a separate social media account.

In the Jordan neighborhood, protesters raised a banner criticizing the election delay, the Post said.

“I want my right to vote!” activist Leung Kwok-hung, popularly known as Long Hair, was quoted as saying. The newspaper said Leung was later arrested.