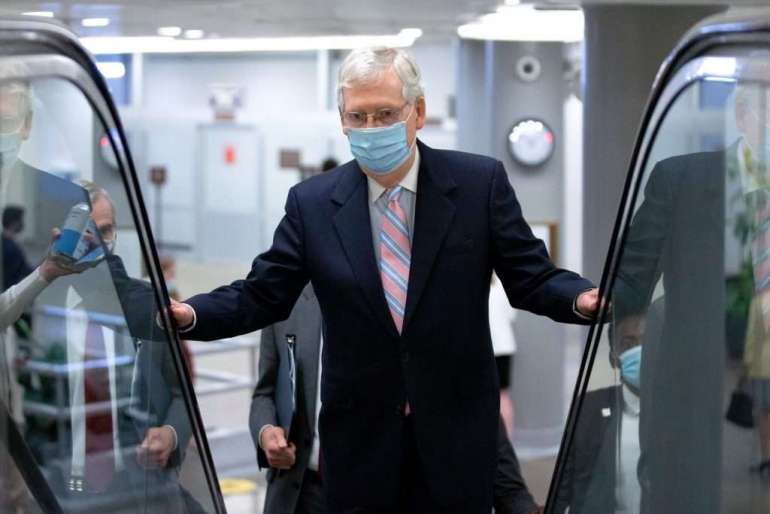 The only good news heading into the September session is that Pelosi and Treasury Secretary Steven Mnuchin have reached a tentative agreement to continue funding federal agencies beyond the Sept. 30 deadline, taking the possibility of a government shutdown largely off the table. Some lawmakers and aides have discussed attaching relief provisions to a stopgap spending bill, but reaching a consensus there could be difficult.

McConnell told reporters in Kentucky last week that “I don’t know if there will be another package in the next few weeks or not… It’s harder to do now because we’ve moved closer and closer to an election.”

Some in the White House also don’t have a strong sense of urgency. Asked if he felt comfortable with the state of the economy if a coronavirus relief deal wasn’t reached, Trump economic adviser Larry Kudlow told Bloomberg TV, “We can absolutely live with it.”

Senate Republicans are privately playing up reports that moderate House Democrats are pressing Pelosi to compromise on a relief package. They’re circulating quotes from a dozen Democrats in swing House races calling for additional economic help for financially strapped Americans.

“I think a coronavirus relief package will probably help both parties because there’s a need,” Sen. Lindsey Graham (R-S.C.) said in an interview. “I think this is one of the issues where I’m not so sure the political benefit is one versus the other as much as it is you know we actually need to do something.”

Pelosi, however, shows no signs of budging from her position. The House passed a $3.4 trillion bill in May, and Pelosi and Schumer agreed to come down more than $1 trillion from that figure during negotiations with Mnuchin and White House chief of staff Mark Meadows. But they don’t seem inclined to go much further.

“The White House and Senate Republicans have made clear that they still do not comprehend the scale of this disaster or the urgent needs of our communities and the American people,” Pelosi said in a statement on Friday. “House Democrats have come to the negotiating table willing to compromise, and we will continue reaching out until we achieve a fair agreement that meets the needs of all Americans.”

Senate Democrats from Schumer on down have slammed McConnell for sitting out talks on the coronavirus relief package. While the Kentucky Republican said the key is for the White House and Democratic leaders to reach a deal first, he’s also faced a challenge in balancing the competing factions within his own conference.

A large bloc of Senate Republicans, concerned about the tidal wave of deficit spending this year, believes the U.S. economy will recover without additional government aid. McConnell, however, also has a number of vulnerable GOP senators up for reelection in less than two months, and they’ve been pressing him for action.

Senate Democrats are largely counting on the endangered GOP incumbents to help push the Republican leadership toward an agreement.

“It’s still so hard for me to imagine Mitch McConnell packing up the Senate for the election home stretch having not even tried to negotiate in good faith,” said Sen. Chris Murphy (D-Conn.). “I’ve stubbornly stuck to this idea that Republican senators at the very least will be driven to get something done by their fear of backlash from voters.”