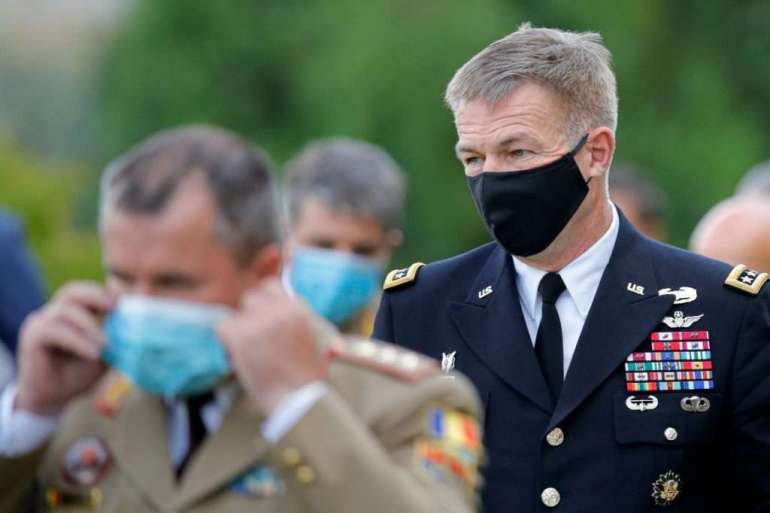 McConville acknowledged today’s “political environment,” but noted that the military needs to remain an “apolitical organization,” particularly with an election around the corner.

The general’s comments mark the Pentagon’s first public response to Trump’s remarks during a combative White House news conference on Monday, in which he said “top people in the Pentagon” probably aren’t “in love with me” because “they want to do nothing but fight wars so that all of those wonderful companies that make the bombs and make the planes and make everything else stay happy.”

White House chief of staff Mark Meadows attempted to clarify Trump’s remarks on Tuesday, noting that the president was not trying to target “any individual general” or Defense Secretary Mark Esper, who was Raytheon’s top lobbyist before joining the Pentagon. Rather, the comments were directed at “the military industrial complex,” he said.

“This president is consistent about one thing: If we’re going to send our sons and daughters abroad to fight on our behalf, he’s not going to let some lobbyist here in Washington, D.C., just because they want a new defense contract, suggest that they need to stay abroad one minute longer than they should,” Meadows said. “He’s been consistent about stopping these endless wars. He’s going to continue to fight against the special interest groups here in Washington, D.C.”

Trump’s remarks came days after The Atlantic reported based on anonymous sources that he disparaged American troops as “suckers” and “losers” for dying in battle. Other news organizations have confirmed elements of the report, and several top White House officials have come forward to condemn the reporting and defend the president.