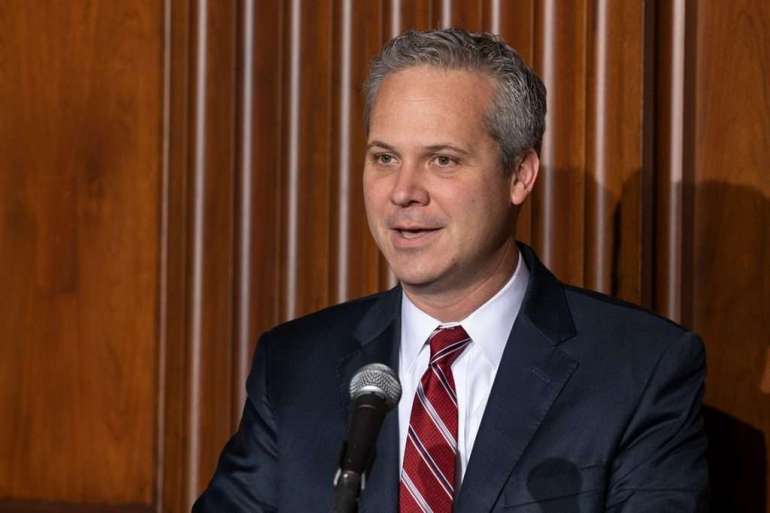 “I have been serving in this job for over two and a half years and I have done a lot of work defending some of the agency’s most high-profile regulations, and it was just the right time for me and my family to move on from public service and back into private practice,” he said in an interview.

Leopold will be replaced in an acting capacity by Principal Deputy General Counsel David Fotouhi, who has been at EPA since March 2017.

In a resignation letter on Thursday, Leopold said he is proud of the Trump EPA’s legal record. He added in the interview with POLITICO the agency has won around two-thirds of the substantive legal challenges against it, despite claims from agency critics that it had prevailed in only 20 to 30 percent of the major cases.

Leopold recently defended EPA’s record in an opinion piece, and contended some of the legal trackers distorted the record by chalking up EPA losses in cases where judges largely sided with EPA on most issues but ruled against it on some points.

His office had recorded a “pretty good average,” he said. “But more importantly, I think we’ve advanced the rule of law substantially by not over-reading our authority, by staying within the lane Congress gave us and not trying to simply reach an outcome by taking a legal position.”

Leopold is leaving just as many of the Trump EPA’s biggest deregulatory actions are undergoing judicial scrutiny or being finalized by the agency, but he predicted the actions will “fare well in the courts.”

“I think the president’s done an incredible job of getting people on the bench, particularly the circuit courts, that have a reasonable approach to reading the law, applying the law as written, acting as umpires, not substituting their judgment to engage in judicial activism to reach a particular outcome,” Leopold said.

As Congress has gone decades since it last overhauled key environmental laws such as the Clean Air Act and Clean Water Act, Leopold said lawmakers should step up and pass new legislation as needed.

“Certainly as new environmental challenges arise, I think Congress has an important role,” he said, pointing to the 2016 revisions to the Toxic Substances Control Act.

“I’m not going to wade into the climate change debate,” he said. “I’m the lawyer for the agency and my primary job is to implement the laws that Congress has given. … It’s not my role to call for specific legislation.”

He added that EPA is regulating greenhouse gases from power plants and other sources — though environmental groups are suing the Trump administration for easing those requirements instituted by the Obama administration.