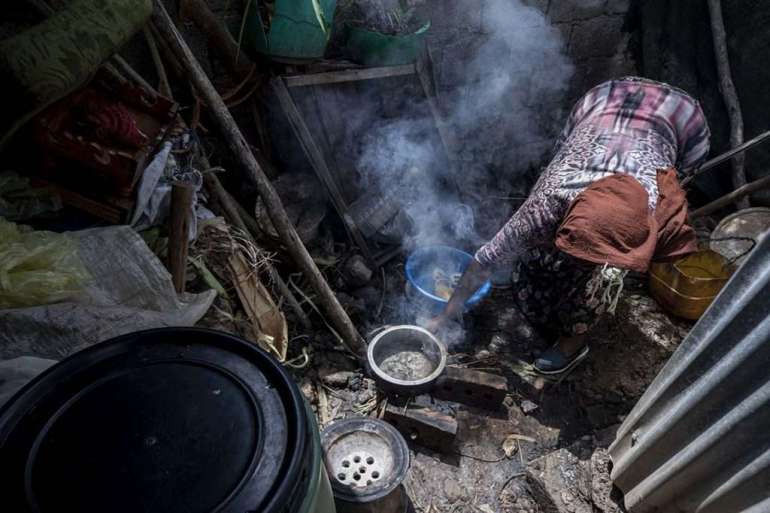 “Data from the Ebola epidemic in West Africa suggests that, when schools open again, girls are less likely to return, thereby closing off opportunities for themselves and for their future children,” the Goalkeepers report says.

The early signs of that are present in Malawi, for example.

Teenage girls living with HIV who have been stuck at home as schools were closed because of the pandemic are getting pregnant, Grace Ngulube, a 25-year old HIV activist based in Blantyre, Malawi’s second largest city, told POLITICO. As schools reopen, they will be busy taking care of their babies at home, she said.

Ngulube, who works with the country’s association for young people living with HIV and who was born with the disease, said some are afraid to go to youth clinics to get treatments and mental health support like they would have before the pandemic. Those who can make it need to wear a face mask, and that can be an expensive item to procure for some young people who have lost their jobs, she said.

“A lot of young people are really struggling, and some of them, they have contracted themselves into prostitution or maybe transactional sex,” she said. That could lead to new HIV infections.

Recent modeling studies show that deaths from HIV, tuberculosis and malaria could as much as double in the next year as a result of the pandemic, wiping out decades of progress, the Global Fund to Fight AIDS, Tuberculosis and Malaria said in a report on Monday. There could be a half-million more AIDS deaths globally compared to 2018, setting the world close to 2008 levels, it said.

To try to avoid that, HIV Alliance India called citizens who had returned home as the country locked down to tell them which were the closest facilities providing antiretroviral treatment, Rosenara Huidrom from the Alliance told POLITICO. Field workers provided treatment to those who were too scared of getting infected with coronavirus to go out for it, she said. India has the third-highest number of people with HIV and the second-highest number of coronavirus cases.

Richer countries need to work with middle- and low-income countries to figure out how to help, the United States’ top infections disease expert Anthony Fauci said during a virtual event organized by Friends of the Global Fight on Friday.

From the vantage point of the White House coronavirus task force he sits on, the “extraordinary disruption” of disease treatment and prevention the U.S. and others have invested in is not on the radar screen, “when it really should be,” Fauci said.

This year’s Gatekeepers report is based on imperfect data that its partner, the Institute for Health Metrics and Evaluation (IHME), has managed to gather so far. The full picture won’t be available until 2021.

The data covering 2020 is based on a series of smartphone surveys and telephone interviews with 70,000 people in 82 countries, though they were not a representative sample for all countries. Other data considered includes information on the number of people receiving health services monthly, the number of tourist arrivals, employment data and human mobility patterns.

IHME modeled what will happen by the end of 2021 based on what has happened so far, including an assumption that people would react to new restrictions the same way they reacted at the beginning, among others.