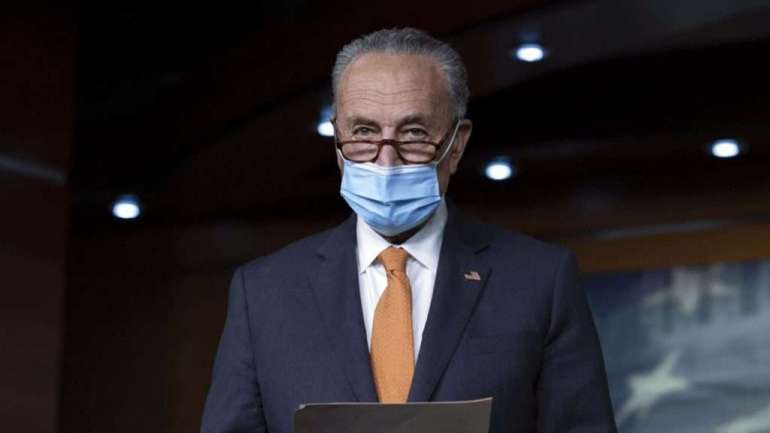 The attack follows widespread criticism of health department political appointee’s efforts to meddle with scientific reports on the coronavirus, muzzle a top infectious disease expert and undermine the work of officials across the nation’s public health bureaucracy.

Much of that ire has so far focused on Azar’s top spokesperson, Michael Caputo, who after a week of criticism reportedly leveled a series of wild and false accusations in a Facebook Live video, including asserting that the Centers for Disease Control is harboring a “resistance unit” devoted to damaging President Donald Trump’s reelection prospects.

Schumer on Tuesday blamed Azar for losing control of his department, denouncing him as “almost entirely silent about the chaos and mismanagement in his own agency.” He is the highest-ranking Democrat so far to call for Azar’s ouster over his management of the pandemic response.

“Too many people within HHS are trying to suppress the science,” Schumer said. “It has become abundantly clear that the leadership of the Department of Health and Human Services has allowed perhaps the most important federal agency right now to become subservient to the president’s daily whims.”

Schumer, who voted to impeach Trump, has asked other Trump officials to resign.

An HHS spokesperson said Azar has insisted that science and data drive decisions and has given Trump access to top medical experts during the pandemic.

“Sen. Schumer’s comments are uninformed and are an attempt to mislead the American people and discredit the historic work of the Trump administration to combat Covid-19,” the spokesperson said.

The department defended the actions of Caputo and a top aide, Paul Alexander, after POLITICO first reported that they sought to alter key CDC scientific bulletins and prevent top infectious disease doctor Anthony Fauci from discussing the impact of Covid-19 on children.