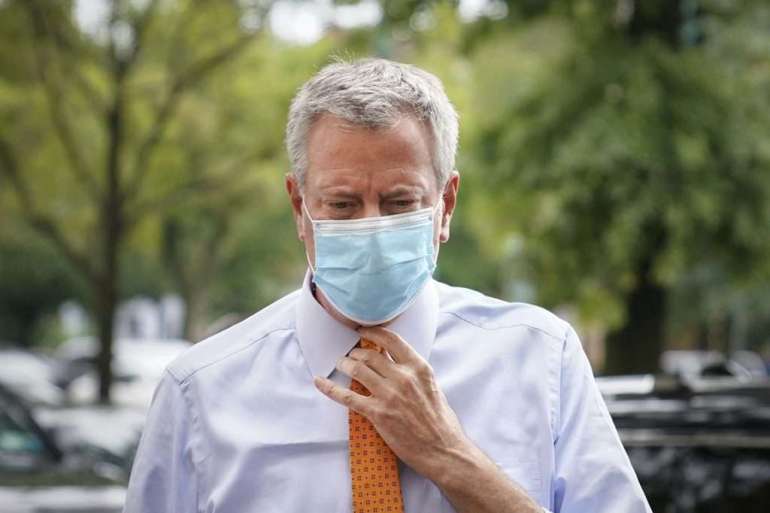 De Blasio plans to work unpaid during his furlough, his office said. Other employees will not be expected to work while on furlough.

The mayor has threatened to lay off 22,000 city employees, but has put that plan on hold amid hopes the state will give the city permission to borrow money and as he works on a deal with unions to make other labor cuts to save the $1 billion required to balance the budget.

“We’ve already had to make some touch cuts that have affected this city, and the services we provide. We’re trying to do everything we can to stop those cuts from becoming worse,” he said.

Fiscal hawks have called on the city to make more cuts before resorting to borrowing money, and de Blasio hoped the furloughs, first reported by The New York Times, would help persuade Albany lawmakers he is serious about cutting back.

The city has asked for authority to borrow $5 billion.

“We have to show that we’re going to do anything and everything to get through this,” the mayor said.

The mayor’s office’s budget will now be 12 percent less than last year, counting the furloughs and previous cuts.

“This is no time for empty gestures. As the Mayor well knows, cutting 1/100th of a percent of the City budget is meaningless in the context of a $4.2 billion budget deficit,” he said in a statement. “Furloughing City workers with little payoff instead of scrubbing the budget for real waste and inefficiency is emblematic of the Mayor’s approach to budgeting: a lazy substitute for real work.”

Gov. Andrew Cuomo declined to follow the mayor’s lead in placing himself on furlough, and took a swipe at quality of life in the city.

De Blasio said moves like furloughing other city workers instead of doing layoffs would be considered. Cuts could also be achieved through wage freezes or early retirements, but unions would have to agree to such measures whereas the city has the legal authority to do layoffs unilaterally.

“Everything’s on the table,” de Blasio said. “We’re talking to labor about any and all ways to save money.”

Bill Mahoney contributed to this report.