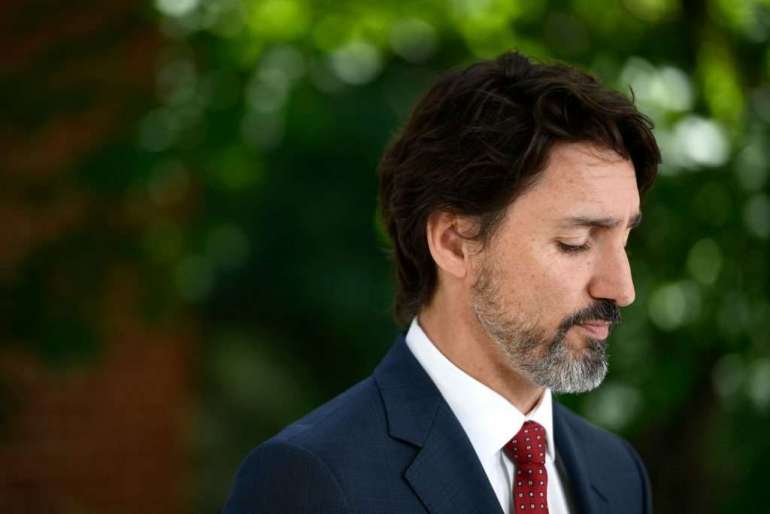 The document said government officials analyzed the potential economic damage of Covid-19 by using the 2003 SARS outbreak as a basis for their projections.

“The Department of Finance concludes that economic impacts in Canada could be somewhat larger than in 2003, but would still be manageable and would reverse quickly,” said the two-page memo signed by Privy Council clerk Ian Shugart, Canada’s top civil servant.

In concluding, Shugart noted much was still unknown about the virus.

“However, the course of the outbreak is still uncertain and the economic impacts could be more significant if the outbreak extends to the second quarter of 2020,” said the memo, which added it would keep Trudeau informed of new developments including if the outbreak proved to be more severe than expected.

The information in the memo surfaces amid fresh questions around how much President Donald Trump knew about Covid-19 in the early days of the outbreak and how much was revealed to the public.

On Feb. 7 — the same day as the Trudeau briefing note — Trump told Bob Woodward of The Washington Post in an interview that the coronavirus is “more deadly than your, you know, your — even your strenuous flus.”

“This is more deadly,” Trump said. “This is five per — you know, this is 5 percent versus 1 percent and less than 1 percent, you know. So, this is deadly stuff.”

On March 19, Trump told Woodward he wanted to play down the threat of the virus because he didn’t want to create a panic.

The Feb. 7 briefing note to Trudeau expressed little concern about the possible economic fallout of Covid-19 at that point in time.

The document said the direct impact of Covid-19, which was concentrated in China at the time, on the Canadian economy had so far been “minimal.” It said short-term declines were expected to largely reverse through the rest of the year.

The memo predicted the impact of the virus in China could affect global growth and commodity prices, which would hurt Canada’s resource sector.

The analysis found that if the outbreak was contained by the end of March it would shave as much as 0.8 percentage points off Canadian economic growth in the first quarter of 2020. For 2020 as a whole, the officials projected only a drop of 0.1 percentage points due to the anticipated rebound.

Weeks later, on March 13, Covid-19 forced Canada’s government to suspend Parliament, impose new restrictions on international travel, delay its annual budget and pledge a fiscal emergency package that turned out to be the biggest ever — by far. The same day, the Bank of Canada abruptly cut interest rates by 50 basis points in hope of weakening the anticipated economic blow.

The resulting pandemic-driven shutdowns created an economic crisis. It put millions of Canadians out of work and led to an unprecedented government response that rocketed the federal deficit projection for 2020-21 to C$343 billion, or 15.9 percent of GDP.