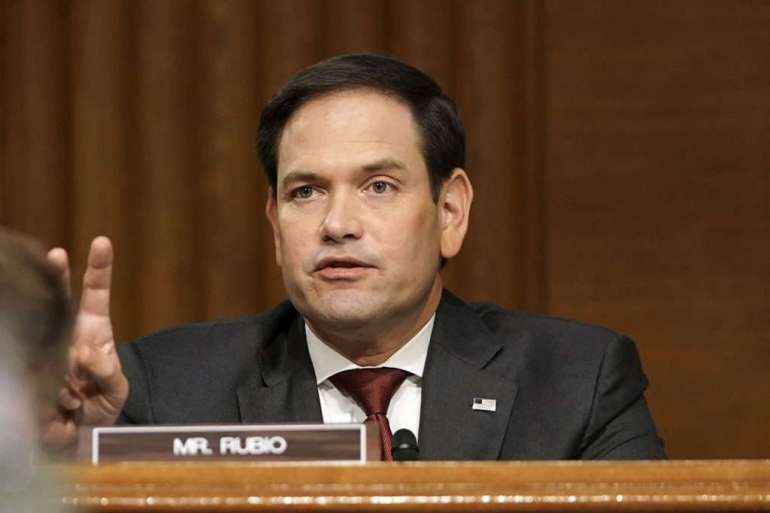 Twitter officials flagged Trump’s tweet as “potentially misleading statement regarding the process of mail-in voting” — and many GOP senators agreed.

“I don’t think we’ll have inaccurate election results,” Rubio added. “They may take a lot longer than they ever have because of the amount of mailed ballots that are going to come in and so forth. But I don’t have any concerns about the accuracy of the election.”

In a recent report on Russian interference in the 2016 election, members of the Senate Intelligence Committee unanimously endorsed the conclusion that U.S. officials and candidates “should use the absolute greatest amount of restraint and caution if they are considering publicly calling the validity of an upcoming election into question.”

“Such a grave allegation can have significant national security and electoral consequences,” including aiding foreign intelligence services, the report adds.

Republicans largely refused to employ that language when asked about the president’s tweet, instead saying simply that they disagree with him.

“I’m confident the election process is going to work just fine,” Sen. Mike Rounds (R-S.D.) said, though he declined to weigh in on whether Trump’s suggestion was appropriate.

“We will know the results of the November election,” Sen. Mitt Romney (R-Utah) added.

Sen. Susan Collins (R-Maine), a senior member of the Intelligence Committee who is facing a tough fight to win reelection this year, noted that her state “has had no-excuses-needed absentee ballots for a very long time, and it’s always worked very well.”

Sen. John Cornyn (R-Texas), another Intelligence Committee member, said he was worried that the winner of the election might not be clear until well after Election Day, but “eventually” the country will have an accurate result. And Senate Judiciary Chair Lindsey Graham (R-S.C.) said he has “no reason to believe” the results will be inaccurate.

“This is going to be a close election, and the country is divided. And our democracy works because the loser accepts the result,” Kennedy said.

Trump, however, has undermined that message, saying at a rally last month: “The only way we’re going to lose this election is if the election is rigged.”

Senate Republicans have delicately pushed back against similar suggestions from Trump, such as when he said the election might have to be postponed. Under the Constitution, only Congress has the authority to push back the date of the election. Rubio said at the time that Trump should not have raised that idea, because “we’re going to have an election that’s legitimate, it’s going to be credible, it’s going to be the same as we’ve always done it.”

FBI Director Christopher Wray, who testified before the House Homeland Security Committee on Thursday, said misinformation about the validity of the election process is his greatest worry regarding election security.

Wray did not mention that Trump himself is driving much of that misinformation.