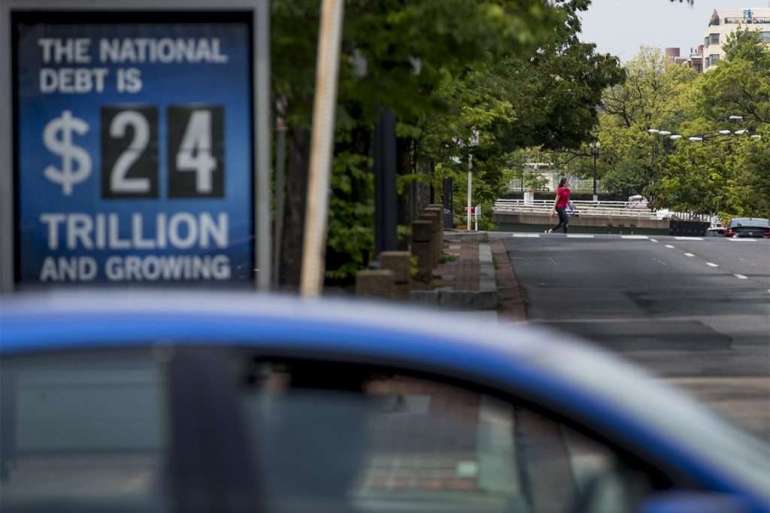 “This is by far the highest level of debt recorded in American history,” said Rep. Steve Womack (R-Ark.), the ranking Republican on the House Budget Committee, in a statement. “A burden of this magnitude increases the risk of a financial crisis brought on by Washington’s failure to budget.”

CBO Director Phillip Swagel noted, however, that a fiscal crisis isn’t immediately at hand while the Federal Reserve works to keep interest rates so low. The debt is still manageable and Congress has time to address it — although action may soon be needed with major Social Security, Medicare and highway trust funds set to dry up within the next 11 years, Swagel said.

The report comes as the federal deficit ballooned to $3.3 trillion this year, primarily due to the massive response mounted by the government to combat the pandemic. Congressional leaders are at an impasse over another package to deliver more coronavirus cash, and are hoping to approve legislation that would avoid a government shutdown on Sept. 30.

At some point, lawmakers must grapple with the task of funding the government in fiscal 2021. Beyond that, Congress has no budget caps to set overall funding levels or constrain federal discretionary spending in fiscal 2022.

CBO projected that mandatory spending will increase from nearly 13 percent of GDP last year to 17.5 percent in 2050, with rising costs for health programs and Social Security exacerbated by an aging population.