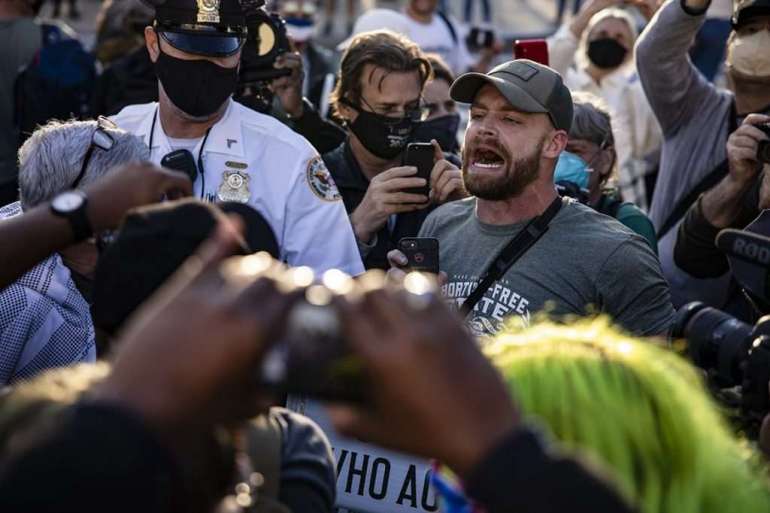 Conservatives have historically done better firing up their base on abortion and the courts. But this time they’ll be confronting the grief and rage of abortion-rights supporters mobilizing to disrupt President Donald Trump and Senate Majority Leader Mitch McConnell’s bid to quickly fill Ginsburg’s seat as the high court considers a swath of new business, including an emergency petition on access to abortion pills during the pandemic.

“In the abortion debate, people are often motivated more by fear than hope — and there’s more fear on the abortion rights side right now because the threat is so clear,” said Mary Zeigler, a law professor at Florida State University. “Progressives would be more impacted.”

A Harvard/POLITICO poll conducted before Ginsburg’s death found the fate of Roe vs. Wade was a stronger motivator for Republicans than Democrats. Nearly a quarter of self-identified Trump voters said abortion was “extremely important” issue in deciding their vote compared to 19 percent of Biden voters.

But Zeigler said Ginsburg’s death adds a strong emotional dimension on top of the practical implications for abortion laws, evident in rallies and vigils outside the Supreme Court and across the country over the weekend.

“Ginsburg was not just a justice to progressives,” she said. “She was a hero and an icon, so having Trump replace her would be particularly painful. It’s akin to what happened with [Antonin] Scalia in 2016, which really energized the right because he was such a towering figure for them.”

Planned Parenthood’s electoral arm over the weekend put together a new ad slamming Trump for moving to replace Ginsburg “against her dying wish” with a justice who would strike down “coverage for pre-existing conditions and reproductive freedom” and urging supporters to “take action — vote.” Planned Parenthood Votes is spending six figures to air the ad in Pennsylvania, Arizona and Florida and Michigan, and said it will expand to other presidential battleground states in the days ahead.

Planned Parenthood Votes spokeperson Tess Whittlesey said the group recruited twice as many new volunteers for its get-out-the-vote efforts in the days after Ginsburg’s death as the previous week, and said many of the thousands of volunteers they have already increased the number of hours they’re pledging to work.

“People want to channel their angst and fears into action,” she said.

But abortion foes are confident events will break in their favor, a prospect that became likelier Tuesday when potential swing vote Sen. Mitt Romney (R-Utah) said he’d support a floor vote on a Trump nominee despite the looming election. Groups have already spent tens of millions of dollars on mobilization efforts and say they’re ready to do more.

“It will have a big impact for both sets of voters we’re targeting,” said Susan B. Anthony List’s Mallory Quigley, whose organization has knocked on nearly 2 million doors in swing states this year. “For our conservative base voters who don’t vote in every election, and may have gone sour on Trump for whatever reason, this is a reminder of the long game, and an example of the president delivering on his promises. For independent voters or pro-life Democrats, it gives us new opportunities to talk about Roe vs. Wade and Democratic extremism on abortion.”

The nomination fight is also roiling state and local campaigns. Opponents of a Colorado ballot measure to ban abortions after 22 weeks of pregnancy, with no exemptions for victims of rape or incest, blasted out emails to supporters warning that Ginsburg’s passing made it much more likely that the high court would allow such a prohibition to stand.

“Losing one of the strongest remaining voices for abortion rights on the Supreme Court has to be a wake up call for Colorado voters,” said Stefanie Clarke with the No On 115 campaign. “We no longer have that last line of defense.”

On the national level, both sides say they’ll be fighting on two fronts through Election Day: ramping up their efforts to reach undecided and infrequent swing state voters while lobbying undecided senators on whether or not to confirm a new justice before the election.

As Planned Parenthood Vote revs up get-out-the-vote efforts, it’s also urging members to pressure senators up for re-election not to confirm Ginsburg’s replacement until the winner of the presidential contest is known.

Susan B. Anthony List — whose president, Marjorie Jones Dannenfelser, urged Trump in a call Monday morning to appoint a justice who opposes abortion — is launching a seven-figure campaign solely dedicated to pushing senators to swiftly confirm Ginsburg’s successor, on top of the tens of millions the group is spending on voter mobilization. Students for Life will soon kick off a tour across Maine, Alaska, West Virginia, Iowa, Colorado and Utah to pressure senators to swiftly confirm Trump’s pick. The organization is also flying a group of student activists to Washington this week to live near the Capitol and be a vocal presence for the duration of the confirmation battle.

The coronavirus pandemic has added new dimensions to the scramble and deepened the divide between abortion rights and anti-abortion groups.

Both sides suspended in-person canvassing and switched to texting and calling voters during lockdowns early in the pandemic. But when states began to open up this summer, anti-abortion groups resumed knocking on doors while abortion rights groups limited themselves to virtual outreach.

This dynamic makes some Democrats and progressive advocates anxious that they’re yielding a critical segment of voters. Yet Planned Parenthood Votes, NARAL and other progressive groups insist the text, phone and Zoom operation they’ve built is not only the safest option but also represents the future of organizing, by allowing working parents, people with disabilities and others to volunteer from their homes and more effectively reaching younger voters who prefer texting and social media.

But Susan B. Anthony List, Students for Life and other conservative groups maintain the face-to-face conversations they’re having in Arizona, North Carolina and other key states — always masked and socially distanced — make all the difference in winning over undecided or disengaged voters, especially on such a deeply personal issue.

“Phones are way less effective,” said Matt Overby, the field director for Susan B. Anthony List’s canvassing operation in Raleigh. “A lot of people hang up, and those that don’t move through the questions as quickly as possible. But in person, people are more friendly and they really open up. It’s human nature to not want to slam the door in someone’s face even if you would hang up if it were over the phone.”

Patricia Miles, the national field director for Susan B. Anthony List, said there have been a handful of people out of more than 1,000 canvassers who have contracted coronavirus, mostly in Texas. Many more, she said, have had a family or household member test positive. When that’s happened, they’ve been ordered to stay home for two weeks after their last symptoms and call supporters in the meantime.

Still, the group feels resuming the block walks was the right move, and that Ginsburg’s death has given the issue an immediacy that plays in their favor.

“We had already been talking about the importance of the court, but it’s not a hypothetical anymore,” Quigley said. “This is why many, many pro-lifers elected Donald Trump in the first place.”

But the heightened stakes for Roe vs. Wade also energizes abortion rights groups, who saw a surge in donations and attendance at volunteer meetings over the weekend.

Jenny Lawson, the executive director of Planned Parenthood Votes who is overseeing more than 5,000 volunteers, said their message is getting across no matter how contact is made.

“We don’t have to go door to door to have effective conversations, and we don’t want to put our volunteers and voters at risk,” she said.