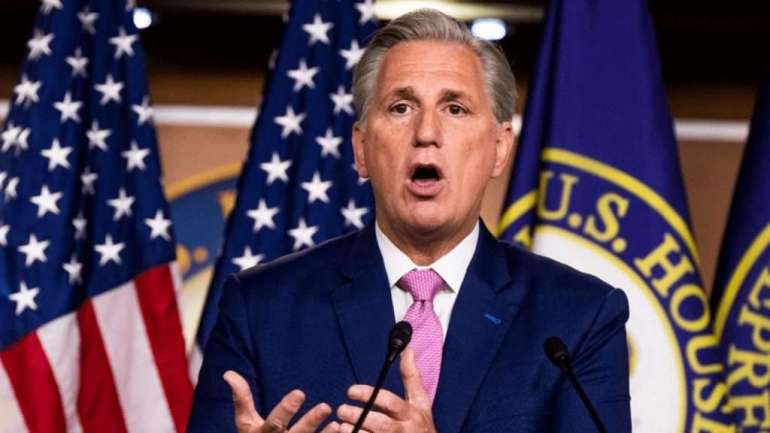 “She may think she has a quiver. We do too,” he added.

When pressed this weekend on whether Democrats would try to use impeachment as a delay tactic in the Supreme Court battle, Pelosi didn’t shoot it down, telling ABC “This Week” that Democrats “have arrows in our quiver that I’m not about to discuss right now.” But it is not an idea being discussed by Democratic leadership, nor would it prevent the Senate from filling the vacancy left by late Supreme Court Justice Ruth Bader Ginsburg.

And the motion to vacate isn’t being seriously considered by GOP leadership, either.

McCarthy, however, is trying to manage a group of hard-line conservatives who are itching to go after Pelosi, though it’s unclear whether McCarthy’s idle threat will be enough to mollify them. Members of the House Freedom Caucus met with McCarthy last week and demanded a special party meeting to discuss a potential plan to force a floor vote on whether Pelosi can retain the speaker’s gavel, POLITICO first reported.

The House GOP conference held a lengthy debate Wednesday morning over the far-fetched idea, which received pushback from McCarthy and other Republicans but widespread support from the Freedom Caucus.

During the private meeting, McCarthy argued that allowing vulnerable frontline Democrats to go on the record against Pelosi could provide them some cover just weeks ahead of the election, according to GOP sources. He made a similar argument on Fox News last week.

“I don’t think it’s the best move at the moment,” McCarthy said. “The best move is to win 218 seats, and that defeats Nancy Pelosi.”

Republicans hold only 198 seats, versus 232 for Democrats, making it far easier for Democrats to hit McCarthy than the other way around.

And Democrats have privately warned that they could retaliate against McCarthy, potentially with a censure motion, formal reprimand, or even an ethics complaint, if he follows through with the plan. Doing so would set off a partisan fight among House leaders even as the country suffers through the worst health and economic problems in a century.

At the end of Wednesday’s meeting, there weren’t enough lawmakers present, so lawmakers never voted on whether the House GOP supports a “motion to vacate the chair.” And because of new House rules implemented at the start of this Congress, McCarthy is the only GOP member who can offer the motion.

John Bresnahan contributed to this report.