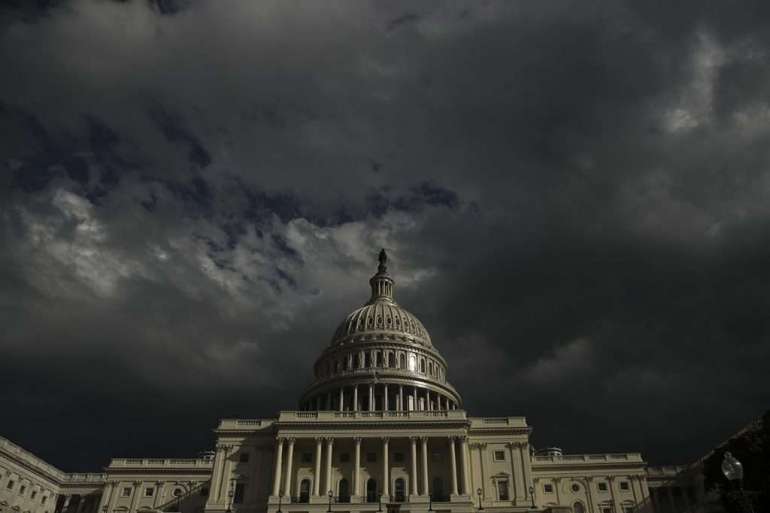 “The hits just keep coming,” said Sen. John Cornyn (R-Texas), who said trying to follow the frenetic news cycles has been like “drinking out of a water hose.”

“Just when you think you have it figured out, something happens,” added Sen. Kevin Cramer (R-N.D.), who served in the House for several terms before assuming his current Senate seat in January 2019.

Even veteran lawmakers say the period feels unprecedented, comparing the political upheaval to the Civil Rights era of the late 1960s or World War II, or in more recent times, the Sept. 11 terrorist attacks.

But now, Republicans and Democrats are wrestling with the overlapping crises of the economy, social justice, public health and discord of the Trump era, generally.

Lawmakers have achieved some success, such as a $2.2 trillion coronavirus relief package that delivered badly needed aid to the most desperate Americans in the early stages of the pandemic. And House Democrats have passed much of their own ambitious agenda, from police reform to protecting Dreamers to infrastructure, only to see it ignored by the GOP-controlled Senate.

Things have gotten so bad, though, that the House and Senate couldn’t renew a law designed to help the victims of violent crimes, let alone another badly needed coronavirus aid bill. The Senate has been unable to pass anti-lynching legislation. And this week, the Senate couldn’t even agree on a nonbinding resolution honoring Ginsburg amid a heated dispute over filling the Supreme Court vacancy in an election year.

Lawmakers on the left and the right are now casually discussing extreme tactics that could inflict permanent damage on the institution. Democrats are considering blowing up the filibuster and packing the Supreme Court isn’t off the table if Republicans do, indeed, confirm a high court pick with just days to go before the election.

And House GOP leader Kevin McCarthy threatened to move forward with a long-shot bid to oust Nancy Pelosi as speaker if Democrats try to impeach Trump officials in order to slow down the Supreme Court confirmation process — an idea that is not being seriously considered by senior Democrats on Capitol Hill.

“People in some ways feel exhausted with all of it. But we remain committed to doing our jobs here. We know the consequences are so great,” said Rep. Mike Johnson (R-La.), who served as one of Trump’s impeachment surrogates. “We feel the weight of history.”

And it could get worse. With a hypercharged election ahead, some lawmakers fear that a deadlocked Electoral College could force the House to step in and determine the fate of the presidency — a scenario that has happened only in 1800 and 1824.

In some ways, this session of Congress was doomed from the start.

The two-year stretch — starting last January, when Democrats seized back the House halfway through Trump’s first term — began with the longest government shutdown in U.S. history that onlookers described as an “ugly” and “pathetic” milestone.

Then there was the release of special counsel Robert Mueller’s report, the migrant crisis at the Southern border, a near-war with Iran and eventually, the third presidential impeachment in American history, all in 2019.

Many lawmakers, particularly Democrats, are quick to blame Trump for fueling the nonstop drip-drip of news. But a mix of compounding factors — such as growing cultural divides, shifting demographics and the rise of social media and online misinformation — have also helped fuel the polarization.

“The impeachment seems as if it were lifetimes ago. It’s like the war of 1812,” said Raskin.

2020 has, of course, shattered almost every semblance of normalcy in the U.S., with 200,000 Americans dying of the coronavirus and millions more losing their jobs, all while the nation suffered from a different epidemic — police killings of unarmed Black people.

Then there are the losses of storied national figures, such as Lewis, House Oversight Chairman Elijah Cummings and now feminist pioneer Ruth Bader Ginsburg.

Freshman Rep. Dean Phillips (D-Minn.) said he was celebrating his first wedding anniversary with his wife Friday night when he received the news about Ginsburg’s passing, which he described as a gut punch — especially on top of everything else.

“There are days where you feel like everything bad that could have happened, has,” the Minnesota Democrat said. “And there are other days you recognize it always can get worse.”

“My dad used to say, ‘You’ve got to turn chicken crap into chicken salad,” he added.

For freshman lawmakers, including dozens who arrived in Congress after highly competitive races — this constant state of crisis is all they know as a member. Their political careers were essentially born into, and molded by, the fire.

Just months after being sworn in, this year’s freshman class was making the kind of decisions that would define their political obituary — whether to impeach a president, whether to add trillions of dollars to the national debt, whether to back historic policing reforms.

But they say that has only made them more battle-tested.

“I think our freshman class has endured some of the most challenging times ever in the history of the Congress. Certainly in my lifetime,” said Rep. David Cicilline of Rhode Island, a five-term member of Democratic leadership. “I assure them, everytime I talk to them, this will be the hardest term you’ll ever have.

House Majority Whip Jim Clyburn (D-S.C.), too, acknowledged the historic nature of the 116th Congress and jokingly suggested there could be even more drama, referring to the push within the Democratic base to impeach a Trump appointee in an attempt to slow-walk the Senate GOP’s nomination to replace Ginsburg.