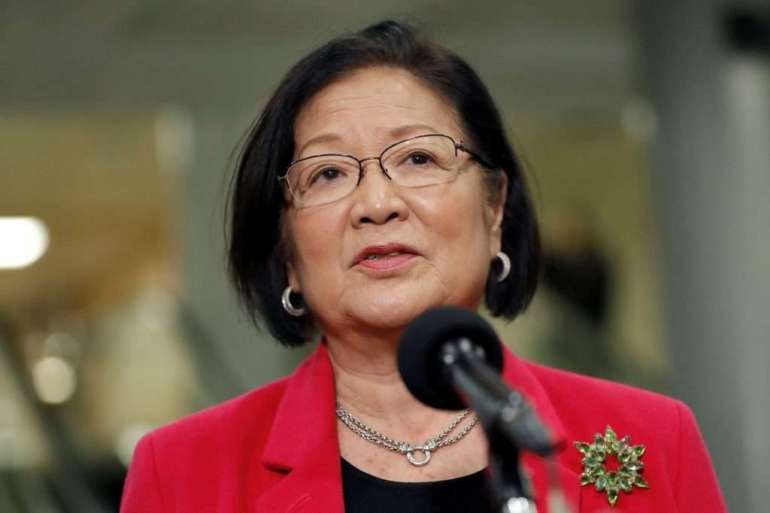 Trump is currently debating whether to choose Circuit Court judges Amy Coney Barrett and Barbara Lagoa or one of several other conservative women. But regardless of who he picks, securing meetings with Democrats is likely to do nothing to prevent her from facing a complete and utter rejection from the 47-member caucus. Even Lagoa, who 27 Democrats supported for her current position, faces no prospect of bipartisan support in such a scenario.

Manchin said he would not vote for any nominee before the election, but cracked the door open for a Trump nominee that waited until after Nov. 3 to receive a floor vote.

“I’m against the process. I want to meet with the people, it might be a person who hopefully would come to their senses and not have the vote until after the election, might be a good qualified candidate I’m inclined to support,” Manchin said.

There’s also some question of whether a nominee will want to meet with Democrats, who are already staking out unified opposition.

“I don’t think my vote’s going to count, so I doubt they’ll even want to,” said Sen. Doug Jones (D-Ala.), the most endangered Senate incumbent. “But we’ll see.”

Sen. Jon Tester (D-Mont.) met with Gorsuch in 2017, but during his re-election campaign he said the White House snubbed his efforts to meet with Kavanaugh. Still, he said he’s “open” to meeting with a nominee this time around.

And other Democrats, particularly those on the Judiciary Committee, suggested that they would keep in line with Senate tradition and still meet with whoever Trump nominates.

“I’ve met with nominees in the past. I intend to do my job,” said Blumenthal, a liberal stalwart. “If the nominee is open to meeting with me, part of my responsibility is to have a conversation with the nominee.”

Senate Judiciary Committee Ranking Member Dianne Feinstein (D-Calif.) and Sen. Dick Durbin (D-Ill.) both said they’ve always met with nominees in the past when asked if they’d meet with Trump’s nominee this fall.

Senate Minority Leader Chuck Schumer (D-N.Y.) declined to comment, when asked whether he’d meet with the nominee, only saying that Trump has not even announced his choice. Progressive senators like Elizabeth Warren of Massachusetts and Kirsten Gillibrand of New York said it was too early to make a decision.

Brian Fallon, who leads the progressive legal group Demand Justice, called on Wednesday for Democrats to boycott the hearing. But there would also be a real downside to doing so: Democrats would lose out on the ability to question the nominee and shape the public’s impression of the fight.

It could be a particularly key moment for Sen. Kamala Harris (D-Calif.), the Democratic vice presidential nominee, whose tough questioning has previously led to viral moments.

“I have every plan to do what I’m expected to do,” said Durbin, when asked whether he’d attend the hearing. “I’m a member of the Senate Judiciary Committee.”