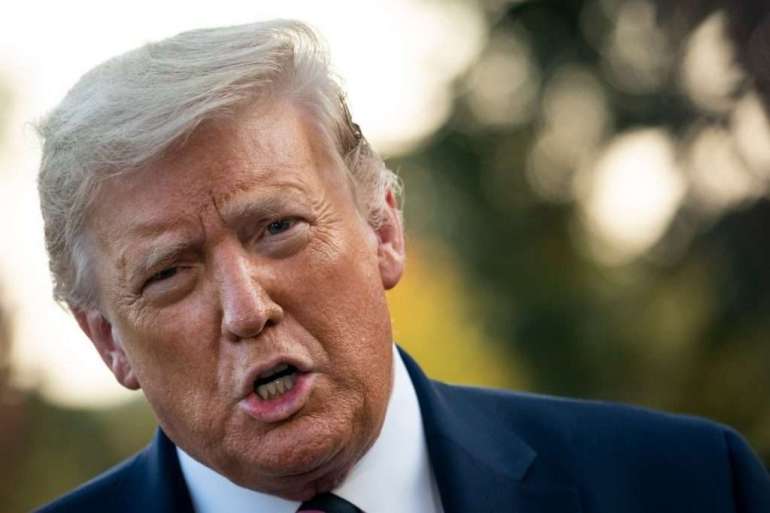 But the directives on patient protections and billing, outlined in a pair of executive orders, aren’t likely to yield new safeguards.

The first simply declares it’s national policy to protect coverage of people with preexisting conditions, without offering specifics. The declaration comes while the administration is supporting a Supreme Court challenge to Obamacare, to be argued days after the election, that would strike the law’s consumer protections without offering an alternative.

The death of Justice Ruth Bader Ginsburg raises the possibility Trump could add another conservative justice to the Supreme Court who could provide the decisive vote to strike down the health care law and throw the nation’s health system into disarray.

The second executive order on Thursday states that the administration will ban unexpected bills if Congress doesn’t enact a fix by year’s end.

The drug discount cards would be sent to 33 million Medicare beneficiaries to help pay prescription drug co-pays. Costs would be covered by projected savings from a previously announced administration effort to tie the cost of some pricey Medicare drugs to what’s paid abroad.

The move would bypass Congress and be carried out through a Medicare demonstration program.

“Nobody’s seen this before, these cards are incredible, the cards will be mailed out in coming weeks,” Trump said. “I will always take care of our wonderful senior citizens. Joe Biden won’t be doing this.”

The administration last week sought to work out a drug pricing deal with pharmaceutical companies that would have included $100 drug coupons to be delivered to Medicare beneficiaries. But pharma executives were uncomfortable with the optics so close to the election, the New York Times reported.

Senior administration officials characterized the order on preexisting conditions as setting a national policy, though HHS Secretary Alex Azar conceded on a call with reporters that the administration would have to work with Congress to replace the protections if Obamacare is struck.

Azar pointed to the high cost of Obamacare plans and argued that they don’t truly cover preexisting conditions if people with chronic illnesses can’t afford their premiums or deductibles.

Obamacare enshrined protections for the sickest Americans to prevent health plans from denying them coverage. Trump has repeatedly promised a new replacement plan, saying the health care law is unworkable.

The directive on “surprise” billing also isn’t expected to resolve a long-running dispute over holding patients harmless for sometimes staggering bills for emergency or out-of-network care.

Instead of proposing a billing fix, Azar said that Trump would instruct his department to “investigate” executive and regulatory actions that could be taken to stop both hospitals and doctors who practice there from sending these pricey bills.

“Those special interest groups need to sort it out, figure out how it would work. There have been legislative packages that have come quite close on the Hill, but the president is saying that the time is now,” Azar said.

But the health industry and Congress haven’t been able to reach a consensus for over a year. The effort to address surprise medical bills has been so contentious that a person who appeared to represent a specialty physician group dialed into a press call Thursday to criticize the executive order, arguing that under California’s law to limit the practice, “insurance companies dictate what doctors can get.”

Azar pushed back on the notion that the White House watered down its announcement. Multiple sources believed the administration was weighing whether to remove doctors and hospitals who sent “surprise” bills from the Medicare and Medicaid programs, a crucial source of revenue for health providers.