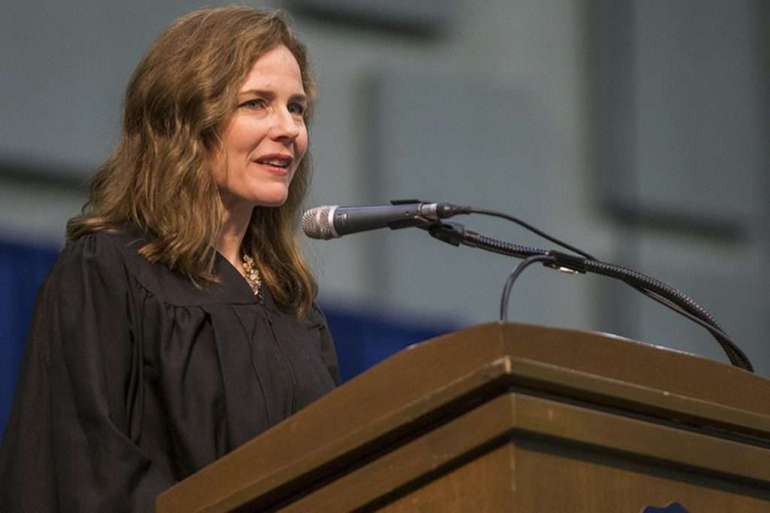 The advertisement comes as conservative groups are gearing up for a fierce partisan fight to fill the seat left by the late liberal Justice Ruth Bader Ginsburg. The Senate Judiciary Committee will begin confirmation hearings Oct. 12.

The advocacy group will also launch a website and a rapid response team.

“We have definitely scaled up our team,” said Carrie Severino, president of the Judicial Crisis Network, in an interview. “We have more resources. I think we get better every time.”

Other conservative groups are also moving quickly to support Barrett’s nomination. The Club for Growth is planning to spend $5 million, CatholicVote.org is slated to spend $2.5 million to $3 million, America First Policies will spend at least $5 million, Susan B. Anthony List is expected to spend over a million dollars and Heritage Action will spend $3.5 million.

Barrett is expected to get broad support from Senate Republicans and unanimous opposition from Senate Democrats, who want to see Ginsburg’s vacancy filled by whoever wins the Nov. 3 presidential election.