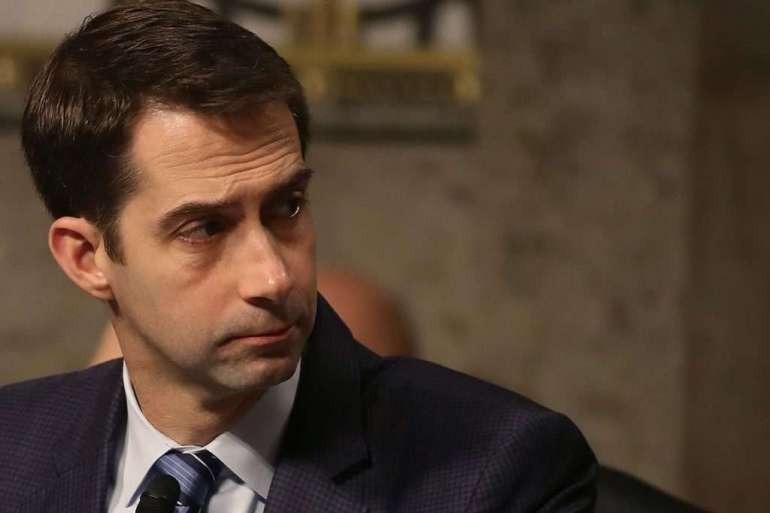 “We’ve been transferring the office of the presidency from one person to the next since 1796,” Cotton (R-Ark.) said Sunday to CNN’s Jake Tapper on “State of the Union.“ “I’m confident it’s going to happen again in 2025 after President Trump finishes his second term.”

“I don’t know that he is publicly undermining confidence as much as he is stating the facts,” Meadows said on “Face the Nation.“ “We’ve got states that are actually doing things you would qualify as a scam when you start to look at allowing mail-in ballots to come in seven, nine days after Nov. 3, and changing judges that actually are not legislators. I think that is a real problem. You can call it what you will, but what you can call it is unusual and unique.”

A number of states before 2020 allowed ballots to arrive late if they were postmarked by Election Day.

Sen. Joe Manchin (D-W.Va.) condemned the president’s comments as dangerous and called out his Republican colleagues for failing to speak out about them.

The centrist Democrat told Tapper that members of the Senate should be “absolutely horrified at even the thought” of Trump going against the will of the people.

“What the president is saying is that there could be basically upheaval on election night or the morning after the election when we usually have had a gratification of knowing who was going to be that winner. That might not happen because of Covid-19,” Manchin said. “Once he sows the seeds of distrust, then we’ve got a problem.”

Trump’s former national security adviser H.R. McMaster expressed dismay Sunday at the president’s refusal to commit to a peaceful transfer, saying any alternative would be against the wishes of the Founding Fathers.

Pentagon officials worry that Trump could deploy the military to quell post-election unrest, The New York Times reported last week. McMaster stressed Sunday it would be irresponsible to even suggest a military role in the transition.

“It shouldn’t even be a topic for discussion. Our founders were very concerned about this,” he said on NBC’s “Meet the Press.” “It’s a gift to our adversaries who want to shake our confidence in who we are.”