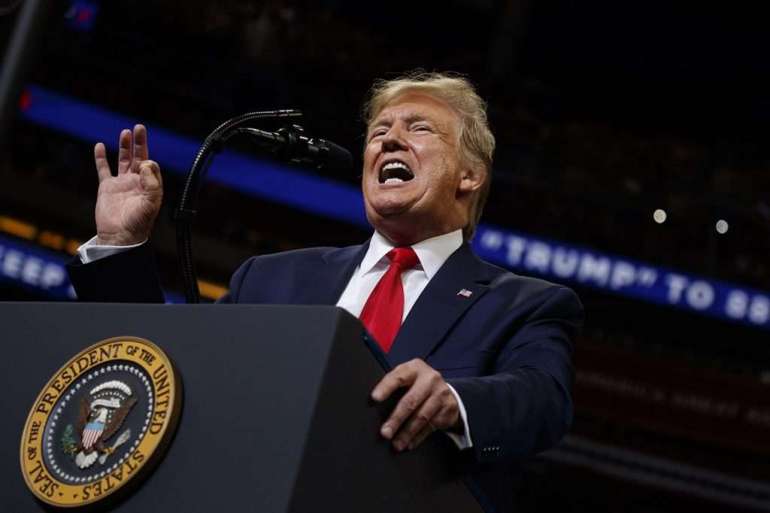 “Tax increases are a lot less popular than tax cuts, and yet the candidate who’s looking to increase taxes by $3.5 trillion is the one putting out the specifics,” said Brian Riedl, a former Senate Republican tax aide.

It’s a notable contrast in an unusual presidential campaign. Though Trump presided over the biggest overhaul of the code in a decade, he rarely mentions the 2017 law, the Tax Cuts and Jobs Act. And though he’s long promised a sequel dubbed Tax Cuts 2.0, he’s offered little more than a handful of bullet points.

Of course, Trump’s appeal to many voters has nothing to do with policy. And there are risks with offering detailed tax plans, even if they are tax cuts. It could revive Democratic complaints of Republicans favoring the rich, which they successfully wielded against the 2017 law.

But it could be a missed opportunity for Trump to focus public attention on pocketbook issues, where the GOP usually has the advantage. And it may be awkward for Trump at the upcoming presidential debates with Biden, which begin this week.

A slew of tax issues will be waiting for whoever is elected.

Much of the Tax Cuts and Jobs Act will expire at the end of 2025, including its lower rates on individuals, and there will be demands to address that.

At the same time, a series of tax increases, designed to defray the cost of the TCJA, are scheduled to automatically take effect in coming years, and many are eager to head those off. Beginning in 2022, for example, new rules will make it harder for businesses to deduct their research and development expenses.

Trump “has said frequently he would love to see a middle class tax cut,” Kudlow said in a webinar sponsored by the Economic Club of New York. Cutting capital gains taxes and extending expiring tax deduction provisions for businesses are also possibilities, he said.

Asked about the vagueness of Trump’s plans, campaign spokesperson Tim Murtaugh said in an email: “President Trump knows that lower taxes promote economic growth and job creation, and the incredible economy he built before the global pandemic is proof of that.”

“In a second term, he will govern according to that same principle.”

Trump has raised various ideas in recent months, though his proposals remain much fuzzier than during his 2016 presidential campaign and too thinly drawn for independent budget analysts to assess.

He wants to forgive payroll taxes put off under his recent deferral order, though it doesn’t look like that plan will have many takers beyond the executive branch of the federal government. He’s repeatedly talked up a middle- class tax cut, though it’s unclear what exactly he wants.

His campaign released last month what it called a second-term agenda that includes a proposal to “expand Opportunity Zones” — which provide tax incentives aimed at jogging growth in areas deemed underdeveloped — without elaborating.

It has also called for tax policies related to China, including “tax credits for companies that bring back jobs from China” and allowing accelerated deductions “for essential industries like pharmaceuticals and robotics who bring back their manufacturing to the United States.” It also mentions “‘Made in America’ Tax Credits.”

Biden has been far more detailed, with some two dozen proposals. Most are focused on raising taxes on corporations and the wealthy, though he’d also do things like expand the child tax credit. Budget analysts say they would raise in the neighborhood of $4 trillion over a decade.

Not everyone is surprised by Trump’s hazy plans.

“For an incumbent there tends not to be a significant advantage to revealing too much,” he said. “As a challenger, you’ve got the onus in some ways to show what you want to do.”

“As a general matter, [Trump] has shown his cards in that he signed the TCJA so we have a sense of where his head is at anyway on these issues.”

Trump may be better off focusing on attacking Biden’s proposals than detailing his own plans, Moore said.

“Trump’s wisest strategy is to just go full throttle in attacking what Biden wants to do,” he said. “It’s a big target to shoot at.”