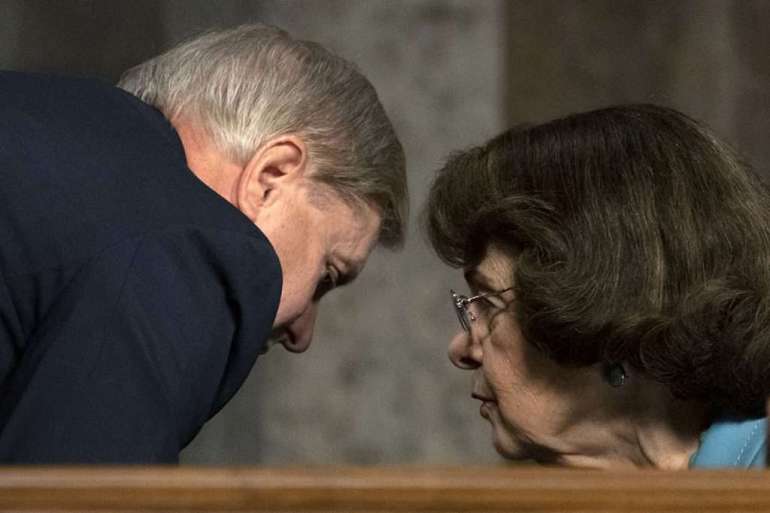 But now, Sawyer is staying on temporarily to help lead the Democratic staff in the struggle over Ginsburg’s vacant seat. Sawyer was general counsel to the panel during the hugely controversial hearings over now-Justice Brett Kavanaugh. Brest is staying on as staff director.

Meanwhile, the committee’s Republican majority has hired 10 outside attorneys and law clerks to help vet Barrett, including reviewing decisions and documents, according to a GOP aide on the panel.

Trump officially announced Barrett’s selection on Saturday, and Senate Republicans are poised to move quickly on the nomination. Barrett will begin meeting with senators this week and the Senate Judiciary Committee will hold four days of hearings starting October 12. Judiciary Committee Chairman Lindsey Graham (R-S.C.) suggested over the weekend that the panel will approve Barrett’s nomination Oct. 22, an extraordinarily fast turnaround for a high court nominee. Graham and Senate Majority Leader Mitch McConnell (R-Ky.) are scheduled to meet with Barrett Tuesday.

Several Democrats on the Judiciary Committee are refusing to meet with Barrett.

If all goes according to plan, Barrett is widely expected to receive a floor vote right before the November 3 election.

In addition to Sawyer, Ashley Schapitl, Democratic press secretary for the Finance Committee, is back temporarily to handle communications for the Democrats on the Judiciary Committee. Helaine Greenfeld, a long-time Judiciary aide and former chief counsel to Sen. Mazie Hirono (D-Hawaii), will also be returning, according to a Democratic source. In addition, Senate Minority Leader Chuck Schumer (D-N.Y.) and Judiciary Democrats are hiring Max Young, a former Schumer staffer who returned to the Senate to help with communications for the Kavanaugh confirmation, per senior Democratic aides.

The Senate Judiciary Committee hearings are expected to be contentious. Republicans are already accusing Democrats of anti-Catholic bias, while Democrats are focusing their messaging on Barrett’s record on health care, abortion, climate change and other topics sure to come before the Supreme Court. The Supreme Court is scheduled to hold arguments Nov. 10 on a GOP lawsuit to strike down Obamacare.

The fight over Barrett’s nomination is also pulling in millions of dollars from outside groups. The Judicial Crisis Network, a conservative legal group, was out with a $3 million ad buy within hours of Barrett’s official announcement and is pledging to spend $10 million within the next 30 days. Conservative advocacy organizations are slated to spend at least $25 million to get Barrett confirmed.

Meanwhile, Demand Justice, a liberal group that focuses on reforming the courts, will spend $10 million to advocate for the new president to fill Ginsburg’s seat.