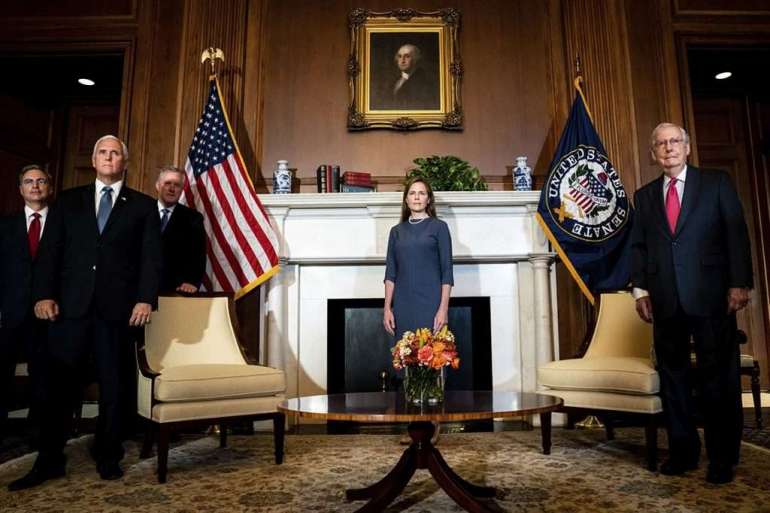 “We’re prepared for that if they decide they want to use motions to adjourn or try and use the tools at their disposal to keep us here, that’s fine,” Thune said on Tuesday afternoon. “But that keeps them here too and what that means is we’ll do more judges and more executive nominations that those guys don’t like.”

Democrats are weighing which tactics to use, but many in the party are on board with making Barrett’s confirmation as painful as possible for Republicans. And some Democrats, including Minority Leader Chuck Schumer, say they won’t meet with Barrett either, shunning her nomination as illegitimate and inappropriate so close to the election.