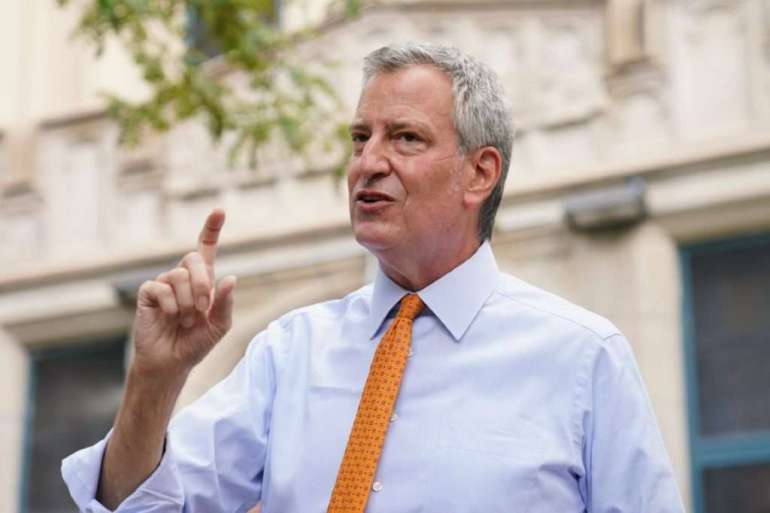 Cuomo’s executive order, signed in June amid protests over the killing of George Floyd, requires every local police agency, including the NYPD, to develop a plan that “reinvents and modernizes police strategies” and implement it by April 1.

“Step up and lead. 146 jurisdictions are doing it,” Cuomo said Thursday. “Why isn’t New York City doing it? The mayor can lead it, City Council president (sic) can lead it, comptroller can lead it, public advocate could lead it. If none of them want to lead it, I will find someone to lead it.”

“On behalf of everybody who lives in New York City, it’s wholly unacceptable,” he said.

Asked about Cuomo’s criticism, de Blasio cited a series of NYPD reform initiatives that have been implemented in his two terms in office.

The city had 180,000 fewer arrests last year than in the final year of the Bloomberg administration, he said. The jail population has fallen to levels not seen since the 1940s.

He said the city will submit a plan to Albany, also citing the NYPD’s disbanding of its aggressive anti-crime unit and his support for the repeal of a law that kept police disciplinary records secret. (De Blasio’s administration began withholding police records under that law, known as 50-a, even though they had been released in the past.)

Critics also say the NYPD under his direction has failed to discipline police officers who commit misconduct, and it took five years to fire the officer who killed Eric Garner on Staten Island. City lawyers said Friday they would appeal a court ruling granting a new judicial inquiry into officials’ handling of Garner’s killing.

Lehrer pointed out that the state order requires a plan to overhaul police departments going forward and does not concern reforms that have already been made.