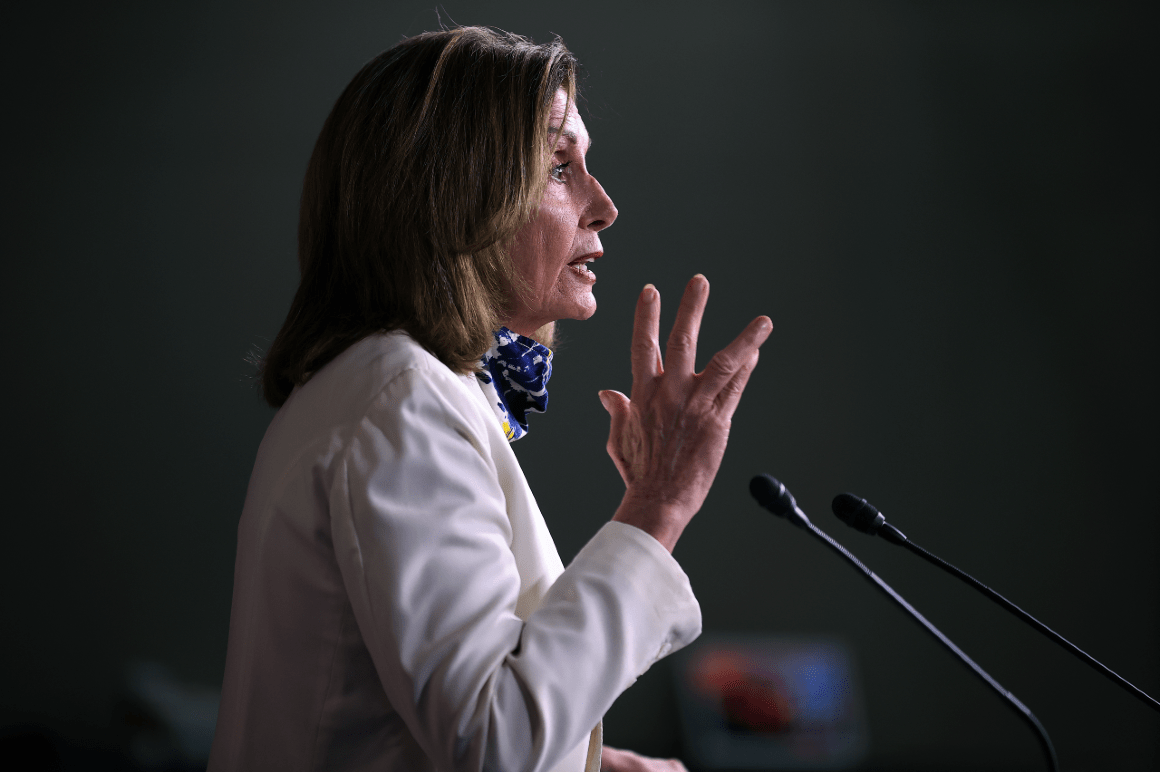 “Let me just say on this Sunday morning, our prayers are with the president and the first lady and all those who surround him,” Pelosi said. “Hopefully, the contact tracing will give us an idea who needs to be treated so that the toll of this terrible virus isn’t even worse than it is.”

Pelosi — who is second after Vice President Mike Pence and ahead of Senate President Pro Tempore Chuck Grassley in the line of succession — added that she tested negative Friday for Covid-19 and she said she intends to be tested regularly.

The speaker also said she prayed for Trump’s good health and a “speedy recovery.” But she said she hoped, “It will be a signal that we really have to do better in preventing the spread of this virus.”

Pelosi said she was “not interested” in what impact Trump’s diagnosis has on the election. Instead, she cared about “what impact will it be on coming to the table with us” and “doing what we have to crush the virus, listen to science, have the public-private role that needs to be done to crush the virus,” she said.

“So, hopefully and prayerfully, and we wouldn’t pray if we didn’t believe there was a chance that there could be an answer,” she said. “And, so I pray that in addition to his health, that the president’s heart will be open to the millions of people who have been affected.”

Coronavirus deaths in the United States have surpassed 200,000 people, and Pelosi said Sunday the preponderance of that impact is in communities of color, which “don’t have the kind of access to care that the president or the rest of us have.”

Pelosi was also asked about Trump’s tweet over the weekend that said the country needs a stimulus package as it continues to confront the pandemic. Democratic leaders and White House aides have struggled for weeks to come to an agreement on the next round of coronavirus relief.

“OUR GREAT USA WANTS & NEEDS STIMULUS. WORK TOGETHER AND GET IT DONE. Thank you!” Trump tweeted.

Pelosi said the tweet did not mean lawmakers and the White House agreed on a bill, but she said: “We are making progress.”

“It means that we want to see that they will agree on what we need to do to crush the virus so that we can open the economy and open our schools safely,” she said.

CORRECTION: Nancy Pelosi is second after Mike Pence in the line of presidential succession. Charles Grassley is third.