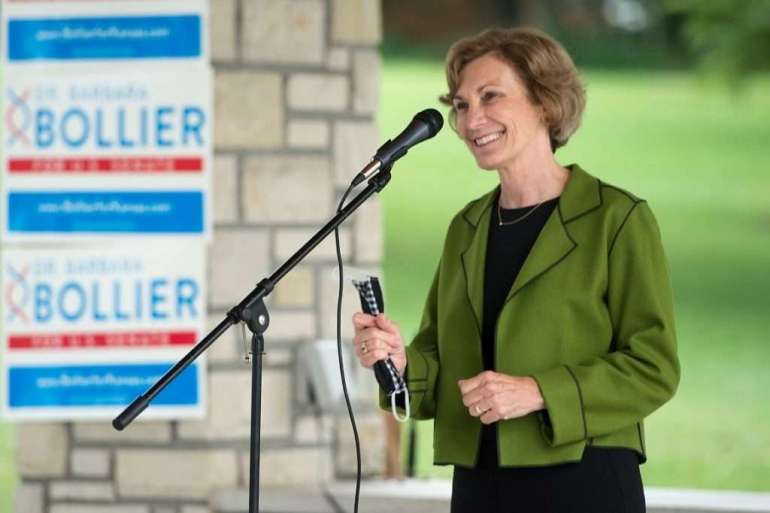 “Roger Marshall has become a $19-million-dollar headache for Mitch McConnell’s allies, who are forced to burn through precious resources to prop up his embarrassingly weak candidacy,” said Rachel Irwin, a spokesperson for Duty and Country. “Marshall is no match for Dr. Barbara Bollier, who is the only candidate that Kansans can count on to lower their health care costs during a global pandemic. The more voters learn about Roger Marshall’s history of selling out his community to make a profit, the more vulnerable he becomes.”

Both parties have invested significant resources in this race all year, beginning in the primary. Senate Majority PAC and EMILY’s List spent $5.3 million funding Sunflower State, a group that meddled in the GOP race by attacking Marshall and elevating Kris Kobach, a hardline conservative whom national Republicans opposed. Sunflower State did not reveal the source of its funding until after the primary.

Republicans spent heavily to boost Marshall and defeat Kobach down the stretch. Senate Leadership Fund spent $2 million in the primary and also funded $3.5 million from Plains PAC, a group started specifically to run ads against Kobach. SLF has spent or booked more than $12 million in Kansas in September and October, and One Nation, an affiliated nonprofit, also spent $4 million in August following the primary.

EMILY’s List had been the only major Democratic group on the air in Kansas since the primary, spending $2.6 million thus far through its independent-expenditure arm, Women Vote!, to boost Bollier, according to data from Advertising Analytics.

There has been sparse public polling, but internal surveys recently have shown a competitive race. Marshall led Bollier by 4 percentage points in a poll commissioned by a pro-Marshall super PAC, as first reported by McClatchy last week. Bollier’s campaign responded by releasing an internal poll showing her leading the Republican congressman by 2 percentage points.