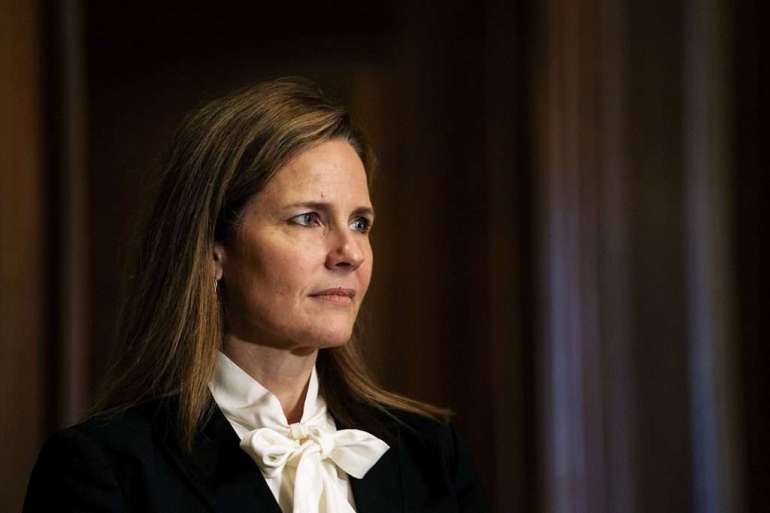 The 2006 advertisement, from the St. Joseph County Right to Life anti-abortion group and featured in the South Bend Tribune, urged for the overturning of Roe v. Wade and described the landmark Supreme Court decision as “barbaric.” Anti-abortion groups are fighting hard for Barrett’s confirmation, as they see her as a key appointment in their quest to undermine or overturn Roe.

Democrats are making the future of Roe a key issue in their fight against Barrett’s nomination to fill the vacancy left by the death of Justice Ruth Bader Ginsburg. Barrett is currently a judge on the 7th Circuit Court of Appeals. In their letter Tuesday, Democrats noted that the 2006 advertisement also was not included in the questionnaire she submitted for her current role.

Senate Judiciary Democrats argued that “letters of this sort have regularly been provided to the Committee” as part of the questionnaire for nominees and that Barrett provided other information to the Committee out of an “abundance of caution.”

“This raises additional questions as to why Judge Barrett did not disclose the 2006 letter,” they wrote.

The White House, however, has defended Barrett for not including the advertisement. Ben Williamson, a White House senior communications adviser, tweeted last week that “the Committee’s questionnaire requires disclosure of material that a candidate has ‘written or edited … Judge Barrett neither wrote nor edited the ad in question.”

Prior to becoming a federal judge, Barrett described abortion as “always immoral.” Barrett has also suggested in public remarks that Roe will endure in some form but said in 2013 that the controversy surrounds funding.

“It’s a question of whether abortions will be publicly or privately funded.” Barrett said at the time.