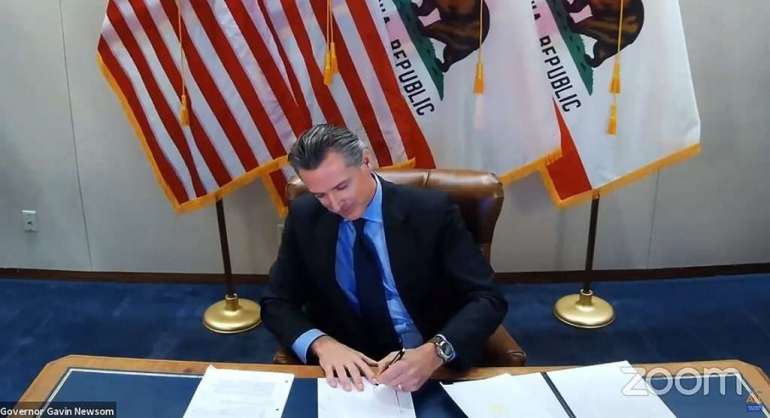 Jenkins is a registered Democrat, and his appointment is the first Newsom has made as governor to the state’s high court. Jenkins replaces Ming Chin, who retired in August.

Prior to his appointment in Newsom’s cabinet, Jenkins served as an associate justice on the California 1st District Court of Appeal after an appointment by Republican Gov. Arnold Schwarzenegger.

“Justice Jenkins is widely respected among lawyers and jurists, active in his Oakland community and his faith, and is a decent man to his core,” Newsom said in a statement. “As a critical member of my senior leadership team, I’ve seen firsthand that Justice Jenkins possesses brilliance and humility in equal measure. The people of California could not ask for a better jurist or kinder person to take on this important responsibility.”

Loyola Law School professor Jessica Levinson said that with Jenkins’ appointment, California’s highest court will likely “lurch to the left.” She said “there’s no doubt” that he will be more liberal on the bench than Justice Ming Chin, who was “a conservative — at least by California standards.”

Jenkins is now a resident of Oakland. He attended Santa Clara University — the alma mater of Newsom — where he was elected captain of the school’s football team. Jenkins was drafted to play for the Seattle Seahawks as a cornerback and left the NFL to enter the University of San Francisco Law School on the Academic Support Program, aimed at aiding students needing special support.

He graduated with honors and became an attorney with Pacific Bell and then a prosecutor in the Alameda County District Attorney’s Office and later went to the civil rights division of the U.S. Justice Department.

He was appointed in January 2019 to be Newsom’s legal appointments secretary, charged with vetting candidates for vacancies in the state’s appellate and trial courts.
Jenkins appointment marks only the second gay and black justice to serve on a state Supreme Court nationwide. Grace Helen Whitener, an LGBTQ Trinidadian American attorney and jurist, now serves as an associate justice of the Washington Supreme Court, after being nominated by Governor Jay Inslee earlier this year.