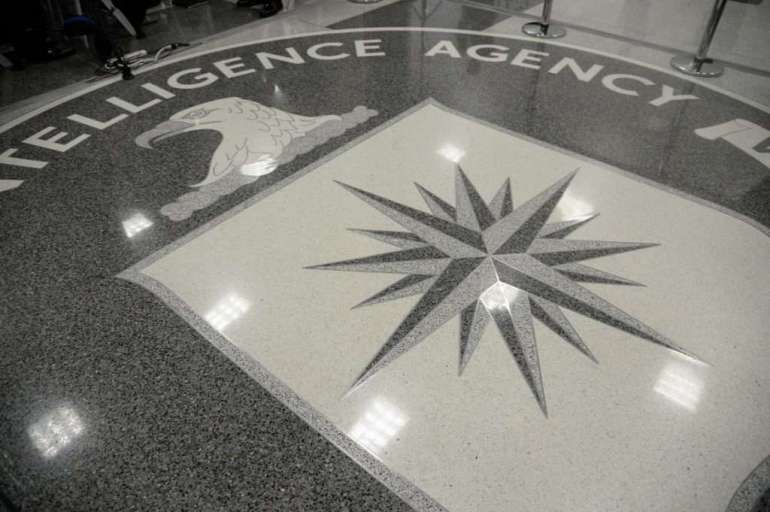 “There are a number of people in the West Wing, including Johnny McEntee and [retired Lieutenant General] Keith Kellogg, who have respect for him given his credentials and loyalty to the president,” the administration official said of Mizusawa.

CIA Press Secretary Tim Barrett said in a statement that Mizusawa “serves as a senior adviser on national security technology, bringing his deep expertise to CIA’s mission. Any notion that he was ‘installed’ here is ridiculous. He went through the normal process for an outside expert hire.” Mizusawa and the White House did not return requests for comment.

It’s not unusual for the spy agency to be led by political allies of the president. But former officials said it seemed strange for the White House to appoint a former campaign surrogate to serve in a CIA role that wasn’t a “7th floor” position — i.e., director, deputy director, general counsel or other top official housed on the top floor of the agency’s Langley, Va. headquarters.

“An outsider with no internal sponsorship?” said one of the former officials. “That never happens.”

Current and former officials say Mizusawa might have been placed there to generally keep an eye on Director Gina Haspel and the inner workings of the agency. He would be positioned to do that from the office of the COO, who is responsible for managing the CIA on a day-to-day basis, they said.

Mizusawa also has been arranging meetings and recruiting allies, the former officials noted, fueling speculation within the agency that he might even be a candidate to replace Haspel if Trump wins re-election.

Trump allies outside the administration have signaled frustration with Haspel in recent weeks, accusing the CIA chief of blocking the declassification of documents relevant to the investigation into his 2016 campaign’s ties to Russia that they view as exculpatory.

Trump has long been deeply distrustful of the intelligence community, accusing it of being part of a “deep state” that tried to derail his candidacy with the Russia probe. After his impeachment acquittal earlier this year — which was triggered in part by a whistleblower complaint from a CIA analyst — Trump began installing political allies at top positions in the intelligence community, including John Ratcliffe as director of national intelligence and Michael Ellis as senior director for intelligence on the National Security Council.

Haspel has largely steered clear of partisan politics, and calibrates her public remarks carefully. She also walks a tightrope with the president, current and former officials have said. For example, Haspel has become extremely cautious about which, if any, Russia-related intelligence products make their way to Trump’s desk, wary of how Trump is known to erupt in anger when confronted with bad news about Moscow.

Mizusawa, 63, graduated first in his class at West Point. As a young captain in 1984, he received a Silver Star for his involvement in a firefight with North Korean soldiers along the demilitarized zone. His last post in the military was as a major general commanding the Combined Joint Interagency Task Force, the unit overseeing detainee operations for U.S. forces in Afghanistan.

In 2018, Mizusawa ran in the Virginia GOP Senate primary against incumbent Democrat Tim Kaine, but he failed to make it onto the primary ballot.

John Whitbeck, a political consultant who served as chairman of the Virginia GOP when Mizusawa was a candidate, said that Mizusawa was regarded among Virginia Republicans as a “good man, a very friendly, dedicated Republican,” but noted that it is notoriously difficult to collect enough signatures to get on the ballot in the state.

“I’ve never heard anyone say a negative thing about him,” said Whitbeck, who first met Mizusawa in 2016.

Mizusawa endorsed Trump in May 2016 and was an architect of his foreign policy and national security doctrine as a candidate and during the transition period.

The administration official said Mizusawa is well-liked by the White House not only because of his military credentials, but also because he supported and traveled with the president during the 2016 campaign and into the transition period. During that time, Mizusawa was hoping to be nominated secretary of the Army or under secretary of defense for policy. However, he “had issues with people” in the White House personnel office back then so was sidelined, according to the official.

“I remember him as a very nice, conscientious, well-liked person. I do remember he went to many rallies,” said a senior official on the Trump 2016 campaign, who recalled Mizusawa participating in “a lot of campaign meetings.”

“People liked him,” this person added. “He was somebody who was thought of by the president in a very good light back then.”

Asked whether he might be nominated to replace Haspel as CIA director if Trump wins re-election, the current administration official said he believes Mizusawa “will get a big job in the second term,” but it’s still unclear what that might be.

During an Asian Americans for Trump event in September 2016, Mizusawa praised Trump as “an amazing man.”

“If you look at his schedule, you would be just amazed with his stamina,” Mizusawa said. “It’s one thing after the other. He’s comfortable in his own skin. He’s a very, very bright man. He asks a lot of really, really good questions.” He added that he looked forward to helping make Trump “one of the best presidents we’ve had.”

“Although American generosity is one of our defining attributes, and one of which all Americans should be rightfully proud, we must not allow our generosity to be treated as naivete or free global goods at the expense of American pre-eminence,” Mizusawa wrote at the time. “American pre-eminence, after all, has been the greatest global good for all.”