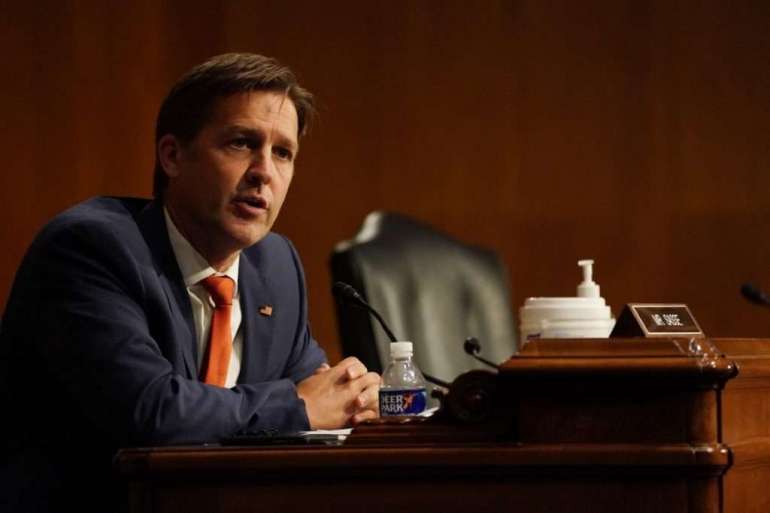 “What they’re talking about is blowing up the deliberative structure of the United States Senate by abolishing the filibuster and making it possible to turn the Senate into just another House of Representatives where every two years, by a 51-49 or 49-51 majority, major portions of American life change,” the Nebraska Republican added. “And they’re talking about doing that to pack the Supreme Court.”

The Senate Judiciary Committee, of which Sasse is a member, is set to begin confirmation hearings Monday for Amy Coney Barrett, President Donald Trump’s nominee to succeed the late liberal Justice Ruth Bader Ginsberg. The hearing will be held despite Democratic protests that the seat should be filled by the winner of the November election after Senate Republicans refused to hold election-year hearings for an Obama nominee, Merrick Garland, in 2016.

Biden, the Democratic presidential nominee and a former chair of the Judiciary Committee, has repeatedly refused to answer whether he’d back adding seats to the Supreme Court. Biden instead argued Saturday that Republicans filling the vacancy just weeks before the election constitutes court packing.

President Franklin D. Roosevelt famously tried to expand the court with the Judiciary Procedures Reform Bill of 1937, a move that failed. Roosevelt, however, was able to stay in the White House long enough to appoint eight justices, including some of the most influential in history (Felix Frankfurter, Hugo Black, William O. Douglas).

In a separate Fox interview, Democratic Sen. Chris Coons of Delaware, a close ally of Biden, also deflected the question of court packing, instead arguing Republicans are packing the court and criticizing Barrett as a likely vote to overturn the Affordable Care Act and limit abortion rights.

“I’m going to be laying out the ways in which Judge Barrett’s views, her views on reaching back and reconsidering and overturning long-settled precedent are not just extreme — they’re disqualifying,” Coons said.

“Instead of passing a Covid relief package that will help millions of American …. we’re focusing on jamming through Judge Barrett,” Coons added. “I think this constitutes court packing.”