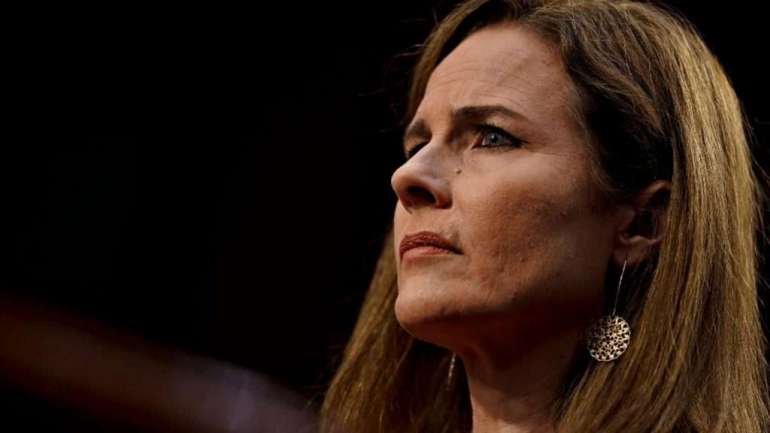 “Senator, as you might imagine, given that I have two Black children, that was very, very personal for my family,” Barrett told Senate Minority Whip Dick Durbin (D-Ill.), who had asked whether she had seen the video. The judge explained that while her husband had taken her sons on a camping trip that weekend, she and Vivian “wept together in my room” as outrage over Floyd’s death mushroomed and consumed the country.

Barrett noted that Floyd’s death and the ensuing unrest were also difficult for her 10-year-old daughter, Juliette, who is white.

“I had to try to explain some of this to them,” she told the committee. “I mean my children — to this point in their lives — have had the benefit of growing up in a cocoon where they have not yet experienced hatred or violence. And for Vivian to understand that there would be a risk to her brother or the son she might have one day of that kind of brutality has been an ongoing conversation.”

Floyd, who is Black and was unarmed, was killed when a police officer leaned with his knee on Floyd’s neck for nearly nine minutes while Floyd lay handcuffed on the street.

Barrett added that the resulting conversation has been “a difficult one for us like it is for Americans all over the country.”

Durbin followed up by asking whether Barrett believed systemic racism exists in the United States, a point that activists have sought to hammer home but which some, including President Donald Trump, reject.

“I think it is an entirely uncontroversial and obvious statement, given as we have just talked about the George Floyd video, that racism persists in our country,” Barrett replied, but added that addressing the issue was a matter of policy.