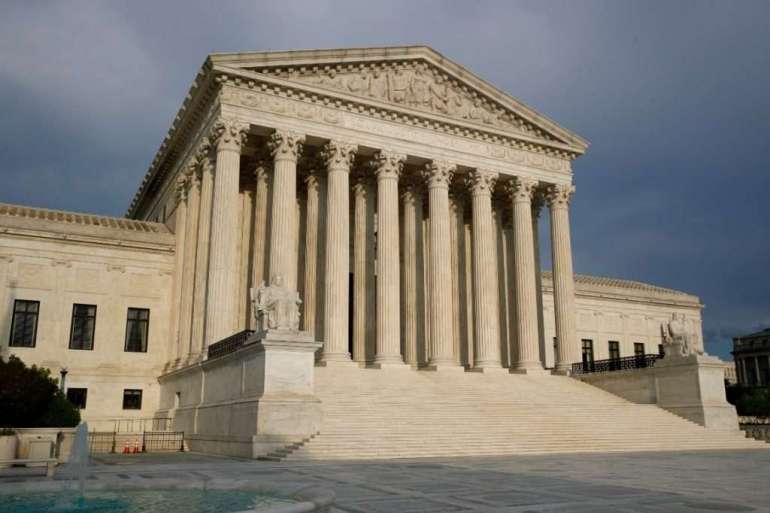 “Regardless of where you think the chief justice and Brett Kavanaugh are on these issues, the realignment means that there are four justices potentially to the right of them,” said liberal Yale law professor Abbe Gluck.

Democrats during this week’s hearings have sought clues on how Barret would approach abortion cases and the Trump-backed lawsuit against Obamacare. Much to Democrats’ frustration, she provided few indications of how she might rule, though she acknowledged how a legal doctrine could save Obamacare from its latest challenge.

Meanwhile, much of Trump’s broader health agenda remains at stake in the courts, as do new controversies that may arise during the coronavirus pandemic. Just this week, health experts in JAMA looked at whether coronavirus vaccine distribution plans that prioritize vulnerable minority populations hard hit by the virus could face legal challenges. A case involving pandemic-related abortion rules that was turned away by the Supreme Court just last week is still expected to move quickly through lower courts and could come back before the justices.

A solidly conservative bench may be more likely to preserve an appeals court ruling that upheld Trump’s expansion of short-term health plans, which are cheaper than Obamacare coverage because they typically exclude the law’s protections, including those for preexisting conditions. A similar challenge involving another Obamacare alternative known as association health plans is still winding through lower courts. Republican-appointed judges who’ve reviewed those cases have rejected challengers’ claims that the health plans are invalid because they undermine Obamacare.

The Supreme Court is also widely expected to back the administration’s position in challenges to its rules cutting off federal family planning funds to Planned Parenthood and other abortion providers. A conservative-leaning panel of the 9th Circuit Court of Appeals has allowed the policy to take effect nationwide, while another appellate court has blocked it only in Maryland. Abortion rights supporters have asked the Supreme Court to overturn the Trump rules.

The court could also soon take up Trump’s “public charge” rule that would make it more challenging for legal immigrants to get green cards if they use public benefits like Medicaid. The Supreme Court earlier this year allowed the rule to take effect while ongoing challenges played out in lower courts, but the administration has asked the court to rule on the merits of the policy.

Barrett would have to recuse herself from Supreme Court review of public charge, since she previously ruled in the administration’s favor in a lawsuit she heard at the 7th Circuit Court of Appeals. In her ruling, which was opposed by the appellate panel’s two other judges, Barrett said the courts weren’t the appropriate venue to settle what she said amounted to a policy dispute.

There’s no guarantee of which cases the Supreme Court might accept, but conservatives’ strong majority will give them a major advantage in setting the court’s docket.

Still, lower court decisions will factor into their decisions about which cases to take up. Medicaid work rules, the Trump administration’s signature effort to shrink enrollment in the low-income health care program, have been rejected by two lower courts. Those decisions found approvals of the work rules were “arbitrary and capricious” and didn’t adequately consider how many people might lose coverage because of them. This could make the administration’s challenge to those rulings less attractive to the Supreme Court, although the justices usually give more deference to executive branch requests to review cases. About 20 states, predominately Republican-led, have received or sought the Trump administration’s permission to enact work rules for some enrollees.

Conservative legal experts pointed out that the court’s conservatives might look unfavorably on some health care policies the Trump administration has advanced. Some of these, like an overhaul of Medicare payments to discourage hospital consolidation and rules forcing hospitals to disclose negotiated insurance rates, have bipartisan appeal but test the bounds of executive power to force change through regulation. An administration policy requiring drugmakers to include prices in television ads has already been rebuked by two federal courts who said the health department lacked the power to do so.

“Some of the things that the Trump administration was trying to do involved aggressive interpretations of statutory authority,” said Jonathan Adler, a law professor at Case Western University. “That’s unlikely to find a favorable ear from more conservative justices.”

Meanwhile, no matter who wins the presidential election, long-running legal battles over Obamacare’s “culture war” issues are likely to continue. The Trump administration’s rewrite of the law’s antidiscrimination provisions to remove care guarantees for transgender patients is facing numerous challenges in lower courts. So are Trump rules that would expand “conscience” protections for doctors and other providers who object to performing certain procedures, like gender transition services and abortion.

If Joe Biden wins the presidency, he’ll seek to roll back much of Trump’s regulatory changes to the health care system. But that will trigger a new wave of legal challenges that will come before a federal judiciary that’s been filled with conservative Trump appointees.

“In health care, it’s all going to the courts,” said Georgetown law professor Katie Keith. “And that’s what you have to prepare for.”