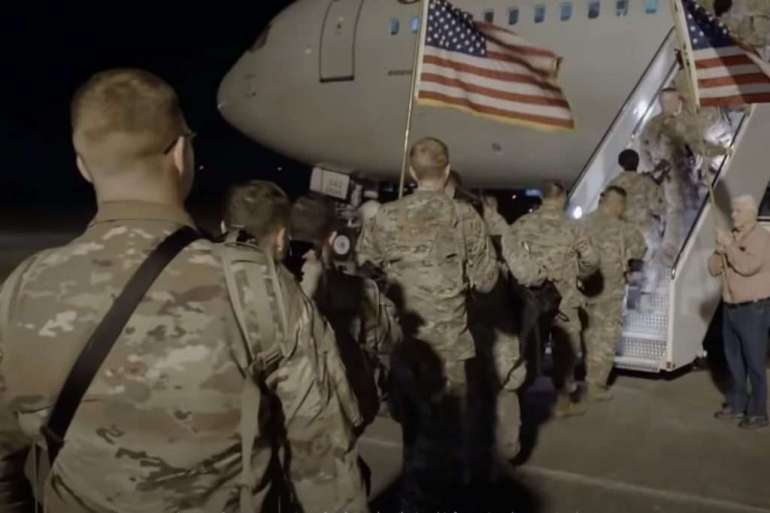 The criticism came a week after POLITICO reported that the Trump campaign used an image of Joint Chiefs Chairman Gen. Mark Milley without his permission.

The Biden video, which was published Oct. 10, features an Iraq War veteran talking about how the Democratic nominee played a critical role in making sure troops had mine-resistant, ambush-protected vehicles to keep them safe from roadside bombs. Interspersed among many videos of troops in uniform are clips of MacFarland in uniform walking beside the vice president.

MacFarland wrote that when he first asked to remove his photo, the campaign told him it was legal because of both the disclaimer and the fact that MacFarland’s name tape on his uniform was blurred.

“Nobody asked permission to use my image. My request to remove it was denied,” wrote MacFarland, who retired from the military in 2018. “Let’s keep the military out of politics and vice versa. I think our country will be better off if we do.”

The military prohibits uniformed service members from participating in political campaigns. “As a matter of long-standing policy, military service members and federal employees acting in their official capacity may not engage in activities that associate the DOD with any partisan political campaign or elections, candidate, cause or issue,” the Pentagon wrote in a 2019 memo.

The campaign told POLITICO on Monday that it is altering the ad.

“In accordance with Lieutenant General MacFarland’s wishes we’re in the process of removing his image from this ad,” said Michael Gwin, the deputy rapid response director at Biden for President. “Donald Trump, in sharp contrast, has shown himself happy to use our armed forces as a political prop and trample over the fundamental line between politics and our military to the extent that he’s been publicly rebuked by leading current and retired generals and by his own defense secretary.”

Including troops in the campaign has been a problem for both Democrats and Republicans this election cycle. Milley did not agree to appear in an ad for President Donald Trump that shows the president watching the raid on ISIS leader Abu Bakr al-Baghdadi from the Situation Room last year alongside his top military adviser, a defense official said last week.

The Pentagon also investigated an incident at the virtual Democratic National Convention this summer where officials from American Samoa were flanked by troops in uniform during the roll call.