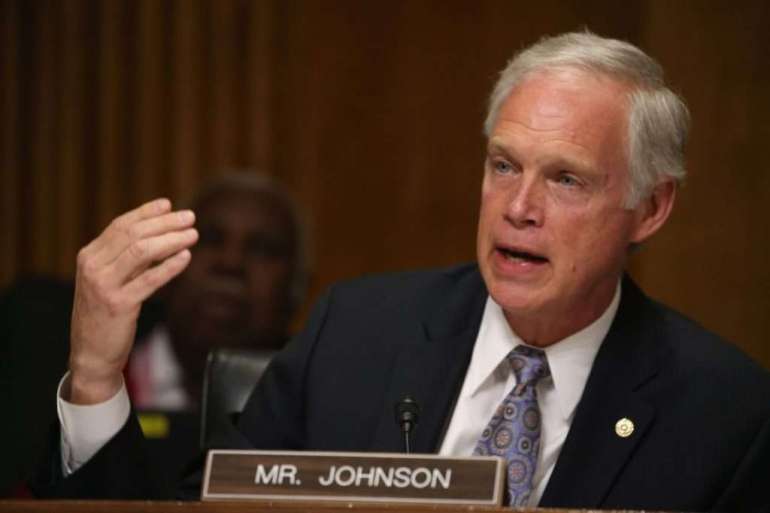 Johnson, a two-term senator who hasn’t said whether he’ll run again, has been an adamant defender of President Donald Trump — and Democrats think that record will not play well in the perennial battleground in 2022.

The early start could allow Nelson to take advantage of sky-high Democratic enthusiasm that’s translated into fundraising records across the country, which could wane after Nov. 3, especially if Joe Biden wins.

Lt. Gov. Mandela Barnes, who took on a national role speaking for Wisconsin in the wake of police shooting of Jacob Blake and the subsequent Kenosha riots, is another name in the mix, as well as state Attorney General Josh Kaul.

Nelson’s announcement coincides with an expected Monday confirmation vote on Amy Coney Barrett for the Supreme Court. Nelson criticized Johnson, who, after testing positive for Covid-19 earlier this month, vowed to wear a “moon suit” to return to the Senate and cast a vote in favor of Barrett if needed.

“I think his record, I think his behavior and what he has done and what he has said — not just the last couple of years but for the last nine years — makes him very vulnerable,” Nelson said. “Ron Johnson is an unmitigated disaster and a conspiracy nut, among other qualities. Every time he opens his mouth he embarrasses himself and our state.”

Nelson said his county — about an hour-and-a-half north of Milwaukee — has been one of the hardest hit by the coronavirus, putting him on the frontlines of the pandemic as the state has undergone one of the most severe spikes in the nation.

Nelson assailed Johnson for recent remarks seeming to underplay the virus, as well as Johnson’s decision to attend a fundraiser while he awaited the results of a Covid-19 test. He later tested positive. Nelson said the senator was especially vulnerable electorally because he had voted against the first coronavirus relief package.

Nelson, who rolled out an announcement video on Monday, served as a Bernie Sanders delegate earlier this year. He argues he’s well-positioned to win statewide because he’s demonstrated he can win over voters in a key swing area. He was elected three times to the state assembly and elected three times as Outagamie county executive, most recently in April. The county, which voted twice for Barack Obama, swung to Trump in 2016, along with the rest of the state.

That year, Nelson ran unsuccessfully for an open seat in Congress, losing to now-Rep. Mike Gallagher by more than 20 points.

For his part, Johnson, first elected in 2010, has not announced his 2022 intentions, refusing to rule out any of three scenarios: retirement, reelection or a potential run for governor against Democratic incumbent Tony Evers. When he last ran for reelection in 2016, Johnson said it would be his final term in the Senate — but he backtracked last year.

Even if they retain control of the Senate in next week’s elections, the 2022 cycle will be a challenging one for the GOP. Two swing-state Republican senators, Richard Burr of North Carolina and Pat Toomey of Pennsylvania, have already said they will retire in 2022 rather than run for reelection. Also on the ballot in two years are Sens. Rob Portman of Ohio and Chuck Grassley of Iowa, who will be 89 years old on Election Day 2022.

If he does seek a third term, Democrats view Johnson as vulnerable because of his steady loyalty to Trump and controversial remarks about the Covid crisis, including downplaying the severity of the virus, even as Wisconsin hospitalizations have soared.

“We have unfortunately been snookered into this mass hysteria that isn’t even close to the real risk,” Johnson said in recent remarks to Wisconsin business leaders. “And so we’ve shut down our economy. We’ve had this economic devastation.”

Since January, Johnson’s favorability numbers have hovered in the 30s, according to the Marquette Law School poll, under-performing Trump, Evers and Democratic Sen. Tammy Baldwin.

“He has defended Donald Trump to the hilt,” Nelson added, predicting that would come back to haunt Johnson.

But Republicans point back to 2016, when Democrats predicted Johnson was headed for sure defeat, only to watch him overcome former Sen. Russ Feingold, the liberal icon he had ousted six years earlier.

“He’s been a dead man walking two times before, and it just never really sticks when it comes down to the ballot box,” says Brian Reisinger, a former Johnson adviser, also referencing Johnson’s 2010 victory. “He’s the sort of person that it becomes fashionable for the Democrats and for the national Beltway media to bash him because he sticks his neck out there.”