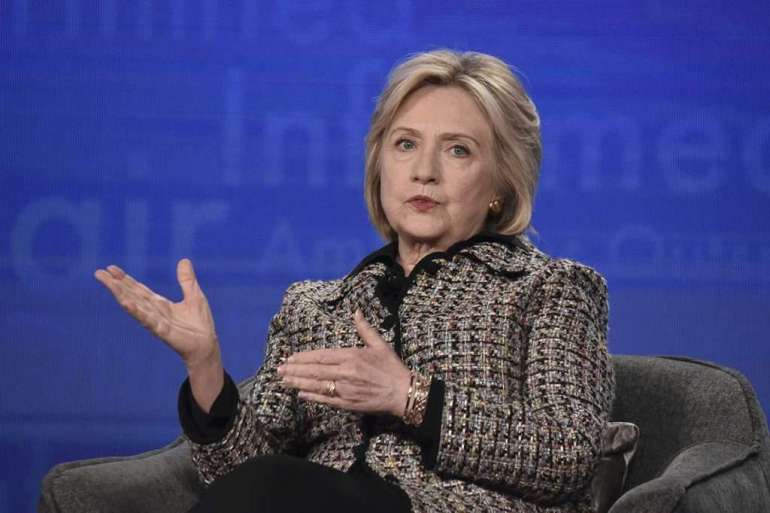 An FBI investigation into Clinton’s email use resulted in no charges and an internal State Department investigation found last year that there was no widespread effort by her aides or other staffers to mishandle classified information.

But a day after Trump’s criticism, Pompeo said in an interview on Fox News that he was working to release information regarding the emails and did not decline to tie at least some aspect of his pledge to the electoral calendar, saying “we’re doing it as fast as we can” while predicting “there will be more to see before the election.”

Clinton contended to Swisher that there would be “nothing” incriminating in any newly released emails, which would be in addition to thousands from her time as secretary that are already online. But “that’s the point,” she claimed.

“What they do is they take these emails that were, frankly, pretty boring if you want to really know the truth about them, and they begin to try to manipulate them, or they pull them out of context, or they make up whole cloth crazy stories about them. And people, unfortunately, believe they’re getting kind of a behind the scenes look,” she said.

Beyond expressing disgust for being targeted by Trump and his allies once again, Clinton spoke in visceral terms of how she felt about the president’s potential reelection.

While denying that she fears being targeted by Trump’s Justice Department in a second term, the former secretary asserted that “I can’t entertain the idea of him winning.”

“It makes me literally sick to my stomach to think that we’d have four more years of this abuse and destruction of our institutions, and damaging of our norms and our values, and lessening of our leadership, and the list goes on,” she said, a more colorful expression of her disdain for the president than she has previously given.

Clinton suggested that part of Trump’s decision to continue invoking her name at campaign rallies stemmed from insecurity about his election the first time around, which came under the shadow of Russian interference efforts on Trump’s behalf and with Clinton winning the popular vote by nearly three million.

“I think that Trump and a lot of the people around him know that his victory was not on the up and up,” she argued, pointing to Russia’s disinformation campaign to sow chaos and suppress votes. “So there is an air of illegitimacy that surrounds Trump’s presidency, and that just infuriates them. It makes them crazy. And that’s a big piece of it.”

“This election is still front and center in people’s psyches. And people fight about it every day online, because there is a deep sense of unfairness and just dismissiveness toward his victory, and he knows it,” she added later, “so part of what he’s doing by attacking me is trying to shore up himself.”

Clinton guessed that sexism and a broader dislike of the Clinton family played into antagonism toward her candidacy as well, themes she has discussed often.

Clinton also predicted a rough road ahead for Trump should he lose next week, pointing to a hundreds of dollars of debt set to come due in a matter of years, according to a Times investigation of Trump’s taxes.

“When he no longer is president, where’s he going to get the funding to pay that back?” Clinton asked. “I mean are the billionaires who’ve been funding him to cause havoc in our country and lower their taxes, are they going to step up and help him? I wouldn’t be sure of that if I were him.”