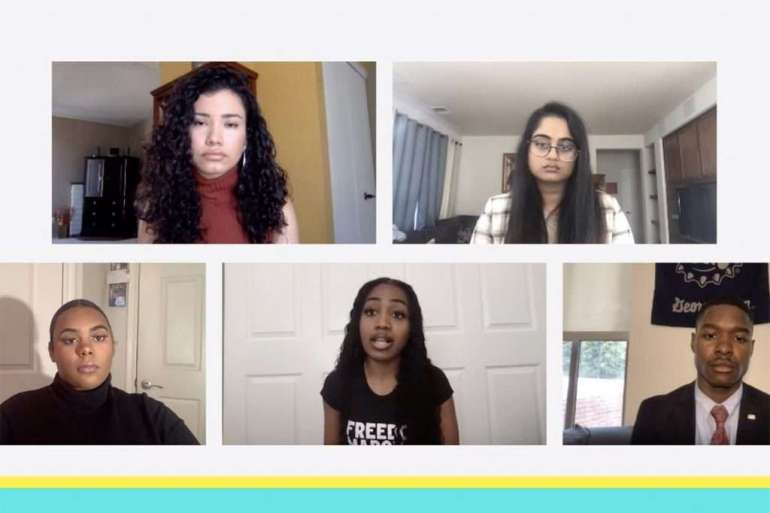 She added that young people have too often had to force the issue in order to have a place within political or activist organizations, rather than be welcomed into the fold.

Harris and her co-panelists said that’s one reason why young people have started or become affiliated with newer activist groups that better reflect themselves and their values, instead of identifying with one of the two major political parties in the way past generations have.

Javon Price, director of external affairs for Gen Z GOP, said that issue is particularly worrisome for conservatives if their policy agenda continues to be antithetical to the views of many young people on issues like climate change. Price said Republicans need to present “a viable political alternative to the left” with free-market and conservative solutions to these issues or risk ceding these voters to Democrats.

“There’s an opportunity for expansion,” he said. “If people are no longer content with identifying as a Democrat … Democrats may not have all the policy solutions that Generation Z is looking for.”

The panelists each said that Gen Z’s political engagement on both ends of the spectrum is driven in part by what they perceive as current leaders’ inability to meet the challenges the country faces, particularly in the wake of the 2016 election.

“Our health and safety is now on the front lines in a lot of ways,” Miller said.

The panelists said they were encouraged by signs that young people, including both Gen Z and millennials, are turning out at high numbers during early voting.

Price said many young voters seem to be motivated by their animus toward President Donald Trump and his supporters.

“You can’t deny the impact of 2016 and the residual effects from that,” he said.

Miller said left-leaning members of Gen Z have had to figure out how to persuade their peers to participate in the electoral process even though they may not be excited by the Democratic presidential nominee, Joe Biden.