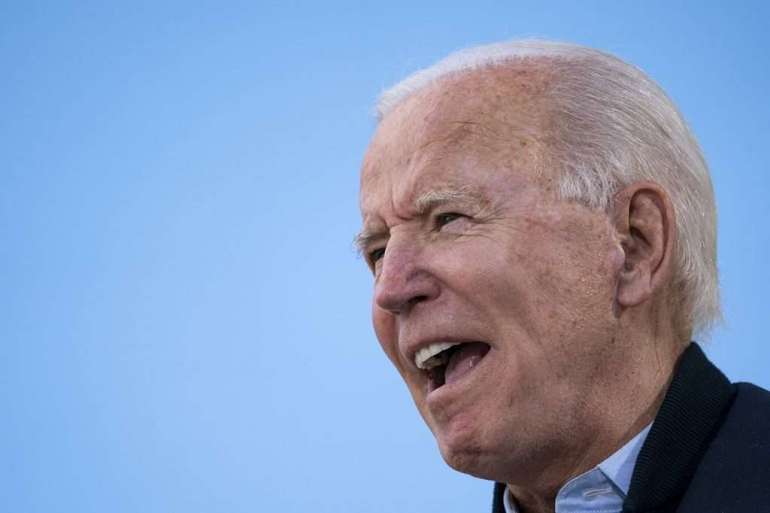 Biden’s pledge to rededicate the U.S. to combating climate change would mean a greater role for NASA’s Earth science research, an area that has been squeezed by Trump, according to space leaders who are advising or supporting Biden’s campaign, and outside analysts.

“If they talk about the Green New Deal, that would rely heavily on NASA to be a part of getting that implemented using technology in orbit,” said retired Maj. Gen. Charles Bolden, who served as NASA administrator in the Obama administration.

The space agency already uses satellites to study and understand the environmental changes that are causing more droughts, rising sea levels, more frequent deadly storms and natural disasters, while figuring out what human actions might reverse or minimize the damage.

And those tools could be central to the government-wide effort that Biden has proposed to invest in clean energy and beef up infrastructure to withstand climate change, which he has called an “existential threat.”

“We believe in continuing the spirit of discovery that has animated NASA’s human space exploration, in addition to its scientific and medical research, technological innovation, and educational mission that allows us to better understand our own planet and place in the universe,” states the Democratic Party’s platform.

It also calls for “strengthening NASA and the National Oceanic and Atmospheric Administration’s Earth observation missions to better understand how climate change is impacting our home planet.”

That would be a major shift from the Trump administration.

Every year Trump’s federal budget proposals have sought to cut the space agency’s Earth science programs, including attempts to cancel programs aimed at the environment.

In its budget request for the fiscal year that began Oct. 1, for example, the administration zeroed out a program to study the oceans and another aimed at making more accurate climate measurements. Overall, the White House requested $1.8 billion for Earth science for this fiscal year. The House increased that to $2 billion in its version of the spending bill, but Congress has yet to pass a budget for the year and the space agency is operating under a continuing resolution.

Democrats on Capitol Hill have successfully restored some of the funding in the final budgets, a fight they are unlikely to have to wage if Biden is in the White House and the programs get higher billing in the new president’s budget request.

That’s not to say that a Biden administration won’t continue to pursue NASA’s ambitious programs to explore the heavens, many of which have been accelerated under Trump.

Biden is expected to support NASA’s Project Artemis to develop a long term presence on the moon, but could push back the timeline established by Trump to reach the lunar surface by 2024.

“I suspect that they will continue with Artemis and returning humans back to the moon, but my guess is they might not be on the same timeline as the current administration,” said Eric Stallmer, head of the Commercial Spaceflight Federation.

Bolden also says the former vice president is “a big fan of Mars,” which has been established as a longer-term goal for NASA’s human space exploration. The Trump administration has not set a date for the first crewed mission to Mars, but one think tank report predicted it would be feasible in the late 2030s at the earliest.

Another former NASA administrator who has endorsed Biden sees the former vice president as uniquely suited to expanding international cooperation on space exploration.

He said Biden knows “how you piece together a coalition necessary to move an agenda forward.”

Biden is likely to also maintain another of Trump’s space achievements: the Space Force.

The newly established military branch, which will mark its first anniversary in December, has broad bipartisan support in Congress as lawmakers agree that the military’s growing space mission needs a dedicated organization.

The Biden campaign declined to comment about the candidate’s space priorities, instead pointing to past statements depicting his support for the overall space program.

Biden said in May that he would focus on “advancing America’s commitment to pursuing space exploration and unlocking scientific discoveries that will inspire a new generation of dreams to gaze up at the sky.”

A number of questions still remain. One is whether Biden would retain the Cabinet-level White House National Space Council now led by Vice President Mike Pence that has energized space policy over the past few years.

“That’s an extremely powerful format and one that I think commands the respect of most Americans and our overseas partners,” he said.

The Biden team has begun to consider who will lead the administration’s space efforts, including a number of contenders to be the first women to lead the space agency, according to an industry official who spoke on background to share ongoing discussions.

Others in consideration include Wanda Sigur, a former Lockheed Martin executive who worked on the Orion deep space capsule; Wanda Austin, a former CEO of the Aerospace Corporation; Gretchen McClain, who serves on the board of Booz Allen Hamilton; and Waleed Abdalati, a former chief scientist at NASA, according to the industry official.

Whoever rounds out the space leadership in a Biden administration is likely to play a role in furthering its domestic agenda.

Refocusing NASA on climate change could allow Biden to frame space as integral to a number of his policy priorities, including economic recovery and workforce diversity.

But that also means NASA, like all federal agencies, will have to grapple with where to prioritize its limited dollars.

“Part of the problem specific to a Biden-Harris administration,” Garretson said, “is how can they sustain the momentum despite lots of tugs on resources for other things?”