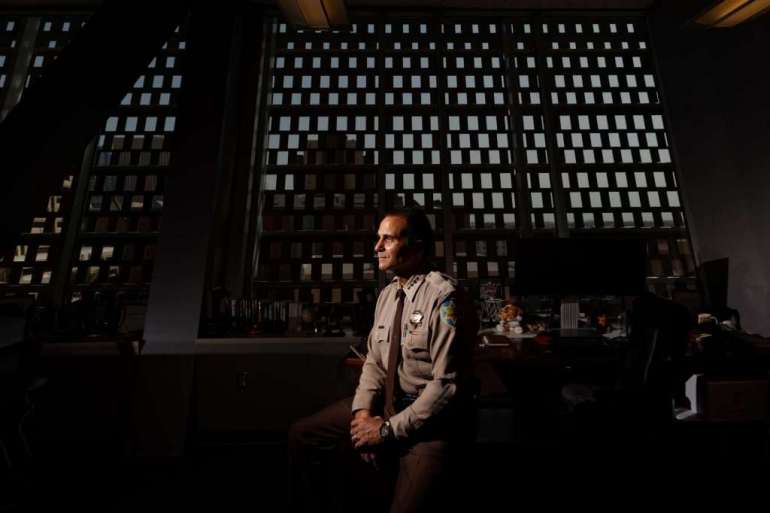 Daniel said he experienced it when he worked with Republicans to improve the data reporting system underpinning background checks for gun purchases, and when he sought to join forces in ending workplace discrimination against LBGTQ people before the U.S. Supreme Court decision earlier this year settled the issue.

His response to one senior Democrat who asked him to stop working with Republicans on the latter issue: “So what you’re telling me is it’s more important that you win an election than I get my rights or protections?

“And she said, ‘Why are you so difficult? Everybody else was on board with this plan.'”

Added Consuela: “Even between us, we don’t always agree on everything. But we’ve always done what we think is the right thing, not what we are told we should be doing. Because we like to hold our own people accountable, we ruffle feathers. And we of course do the same for Republicans.”

Many across the political divide identify Daniels, a 41-year-old mother of four, as an example of how to govern effectively in a state where the ideological divisions are as deep as ever.

Daniels, who was first elected to the Gilbert City Council in 2008, has seen the Republican-leaning Phoenix suburb grow from 190,000 to 260,000 residents in little more than a decade.

In the process, she has played a major role in helping to transform what not long ago was a rural, mostly Mormon enclave into a growing high-tech hub and one of the most attractive job markets and bedroom communities in the state.

She has an enviable list of accomplishments to point to, and many in the GOP see her as the future of the party in Arizona if she decides to run for higher office.

In addition to its thriving economy, Gilbert has been rated in several surveys as one of the safest cities in the nation. It boasts a long-range infrastructure plan that’s funded and a balanced budget. And growing partnerships between the business community, educational institutions and faith and nonprofit groups are seen as a model for other municipalities.

“I’m super passionate about local government because it’s a place where we don’t have time to be ideological,” she said on a recent afternoon in Postino, an open-air eatery on a restaurant row, Gilbert Ave., which was revitalized into a prospering commercial district. “We don’t have time to be philosophical about how we govern.”

But Daniels, who is now advising the uphill reelection campaign of Republican U.S. Sen. Martha McSally, says the most passionate partisans on both sides are making it exceedingly difficult to make progress.

“I have had to deal with the ideological conversations but those don’t get you very far,” she said. “We need to shift our thinking when it comes to politics. We’ve got 10 percent fringe right, we’ve got 10 percent fringe left. The 80 percent in the middle probably aren’t that far apart on 90 percent of the things we are trying to solve. These two groups are so loud, the volume is turned up so loud and they have platforms they have never had before.”

They can’t be quieted, she said, but they need to be countered.

“People care more about the practical approach and the solution than they really care about the R or the D,” she said. “I think that’s why you see people switching who they are voting for.”

‘No place for politics’

Penzone’s office in downtown Phoenix is festooned with a host of keepsakes and mementos, from a signed poster of the movie “Rocky” to a copy of the late Sen. Barry Goldwater’s (R-Ariz.) trailblazing manifesto, “Conscience of a Conservative.” And there are several crosses, testaments to his abiding religious faith.

But what stands out the most is the large quote hanging on the wall from philosopher Edmund Burke: “All that is necessary for the triumph of evil is that good men do nothing.”

Penzone, the 53-year-old former Phoenix police sergeant who was elected sheriff of Maricopa County as a Democrat in 2016, said he is steadily working to exorcise the ghost of his predecessor, Arpaio, who for nearly a quarter century notoriously used the office to advance his extreme anti-immigrant and racist agenda. Known for bringing back chain gangs, Arpaio became a hero to anti-immigration extremists before being convicted of criminal contempt for failing to follow a court order in a racial profiling case. Trump pardoned him in 2017.

“When it comes to this office, there’s no place for politics,” Penzone said in a recent interview. “I just think that historically this office has been abused in that way. And I’m not going to repeat that behavior. My predecessor was abusing people of color and rounding them up.”

How does he measure success? One is the vast reduction in lawsuits filed against his department for the actions of his deputies over the past four years.

“You know, when you see lawsuits down by 60 to 75 percent, that tells me that the men and women understand that the bad behaviors of the past were unacceptable,” Penzone explained.

Another measure, he related, is less tangible: when constituents come up to him and say, “Thank you for not being on the news.”

“When it comes to this office, there’s no place for politics. I just think that historically this office has been abused in that way. And I’m not going to repeat that behavior…”

But Penzone is the first to admit that his mission is far from complete, in an institution that still includes some officers who are part of what he terms the Old Guard. He is currently in the heat of a reelection campaign against Jerry Sheridan, who was Arpaio’s No. 2.

“I’m running against 2.0 of the last regime,” Penzone said of his challenger. “So for that little faction, they’re like, ‘Oh my gosh, are we going to go back to where we were? At least a chance?’ So they become more empowered.”

He added: “All of a sudden we get closer to an election and it’s noisy again by a small faction that is trying to be disruptive, trying to toxify and trying to influence their peers to buy into this mentality that, you know, ‘We shouldn’t be accountable to anyone.'”

By all accounts, Penzone, whose campaign slogan is “Leadership Over Showmanship,” is widely expected to easily secure another term in what would amount to a resounding repudiation of the policies of the past.

But he said he sees this election as a turning point for the country as well, where both parties must restore public faith in order to quell rising extremism and conspiracy-mongering on both sides of the political spectrum.

“If a group is intent on pushing hate or violence,” he said, “that is not a group that should ever be accepted in the United States of America. It’s like that saying on the wall right there. All that is necessary for the triumph of evil is that good men or women do nothing. We have some leaders who speak in support of [hate]. And we have other leaders who say nothing or do nothing. And that breathes life into those groups and gives them power.”

“I truly believe that as a nation we hit this juncture of instability,” Penzone added. “People don’t know what to expect from leadership because it is so inconsistent. Politics has made it okay for people to go out and be misleading or do something that they know is inappropriate. But they act like that because they’re trying to protect their party. That makes it acceptable.”

But it’s not what he thinks the majority of his constituents want.

“I truly think that on both sides of the political aisle the majority of people yearn to see leaders that they know that when you speak that they can trust your words.”