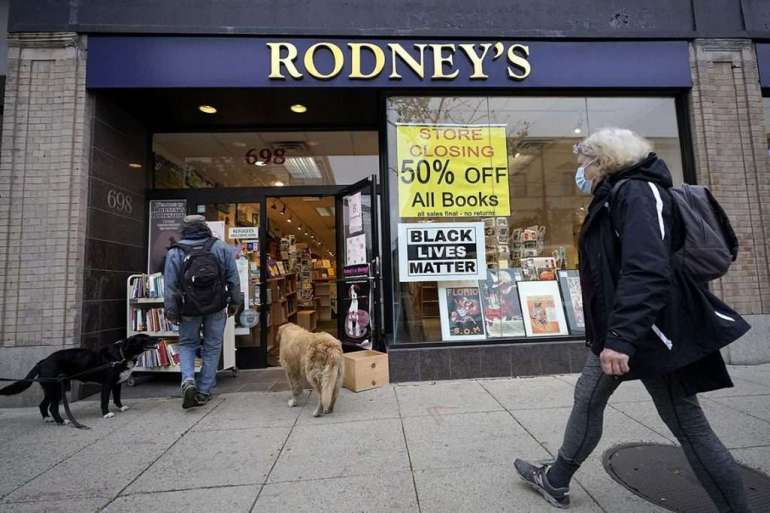 Wall Street is growing increasingly worried about darker days ahead with the Dow tumbling 943 points, or 3.4 percent, on Wednesday on a sharp spike in Covid-19 cases in the U.S. and Europe and the lack of fresh rescue money coming out of Washington. The S&P 500 and Nasdaq also both dropped at a similar pace, marking the biggest sell-off on Wall Street since June.

Economists and Wall Street analysts now expect much slower growth in the fourth quarter and early next year than they previously expected, given that the roughly $4 trillion in federal stimulus spending that propped up consumers and businesses through the end of the summer has largely faded.

Thursday’s numbers, if taken out of context, tell us nothing about the road ahead. The surge in new virus cases is already leading to more restrictions on activity that could further dent the economy. Restaurant and travel activity is once again sliding after bouncing back earlier this year. Permanently changed consumer behavior could also dampen further recovery.

Trump, who has repeatedly mentioned that he would get this big GDP number right before the election, will almost certainly brag about how it is the best in history. But it also followed the equally historic 31 percent decline in the second quarter. Because the third quarter started from such a low base, even the latest surge did not return economic activity to where it was at the end of the first quarter.

“To look at this more substantively, what these numbers tell you is fiscal policy works,” Shepherdson said. “The federal government borrowed a ton of money and sent it out to individuals and businesses and it worked. Now we don’t have those things, and the expectation is growth will be much weaker in the fourth quarter and the virus picture is already much worse. We are in danger of falling into a deep hole again.”

Trump faces another conundrum on employment numbers. He regularly boasts of record job creation — more than 11 million in the past several months. And they are, in fact, record numbers. But they followed a record loss of more than 22 million jobs during the early stages of the Covid crisis. The U.S. is only around half-way to getting all those jobs back. And in bragging about the numbers, Trump risks looking out of touch with more than 23 million Americans still on some form of unemployment assistance.

This problem is reflected in Trump’s approval numbers on the economy, once a clear advantage. Democratic nominee Joe Biden has erased that advantage and even took a very narrow lead on the economy as an issue in the latest POLITICO/Morning Consult poll.

The numbers suggest that voters are not swayed by juicy-sounding headline numbers that do not reflect the reality many Americans are living through, especially those in lower income brackets not able to work from home. In many ways, the third quarter number could be mostly a mirage.

“GDP is likely to catch a lot of attention,” Beth Ann Bovino, chief U.S. economist at S&P Global, said in a research note. “But, while growth is welcomed, we are nowhere near home yet. We need to regain almost 40 percent of the $1.85 trillion lost to get back to pre-crisis GDP levels.”

Democrats are trying to rebut any Trump bragging over Thursday’s GDP number.

“The main reason that the third quarter will appear to be the best on record is that the second quarter was the worst on record,” Rep. Don Beyer (D-Va.), vice chair of the Joint Economic Committee, said in a committee report on Wednesday. “Current forecasts estimate that GDP will be substantially smaller than would have been the case if growth had continued at pre-pandemic rates.”