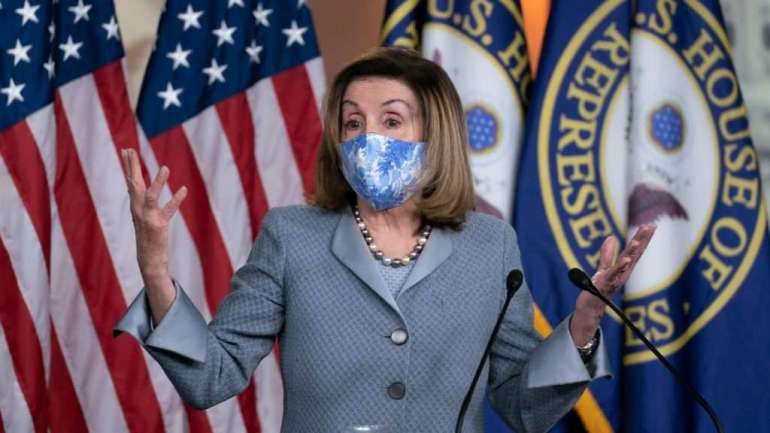 But others have argued that Republicans might be more eager for a deal in the lame duck session if they’re losing the White House and possibly their Senate majority come January. Some Democrats have privately said in that case it would make more sense to wait until the new year, when Republicans have less negotiating power.

Trump signaled his desire to sign a stimulus deal in the lame duck during a podcast interview that aired Thursday. But the president also predicted Republicans would win the House, making the path to a deal easier for him — something election forecasters and most in Washington don’t think is remotely likely.

Pelosi told reporters Thursday she is still aiming to reach an accord with Mnuchin as quickly as possible, which she said is crucial for tens of millions of Americans who remain out of work because of the pandemic. Many of Congress’s relief programs — including increased federal unemployment aid and an evictions moratorium — have already run out, while more benefits for jobless Americans are set to expire on Dec. 31.

“Why would we be talking to them if we didn’t want a bill?” Pelosi said.

The California Democrat added that approving a stimulus deal, which would likely require some arm-twisting in both parties, could relieve some of the pressure on a potential incoming President Biden. Instead of wrangling the votes for that long-delayed package, Biden could address other coronavirus-related issues, like vaccine distribution, and pivot to some of his own agenda items in his first 100 days, like an infrastructure bill.

“We have plenty of work to do in the Joe Biden administration,” Pelosi said, noting that a Biden administration would still need to work with Congress on other pandemic-related issues, such as the potential distribution of hundreds of millions of vaccines in 2021.

Pelosi and Mnuchin — the two lead negotiators — have spent months haggling the details of Congress’s next stimulus package. The House and Senate have already sent $3 trillion out the door since the pandemic began shutting down swaths of the nation in March, but no new funding has been approved since early June. More than 220,000 Americans have succumbed to the virus and many regions are now seeing cases spike.

In recent weeks, both Pelosi and Mnuchin projected confidence that they were getting closer to a deal, insisting they could reach an agreement before the election. Only recently have the two sides acknowledged that it would be impossible to do so.

There have been other complicating factors, too: Senate Republicans had balked at Mnuchin’s most recent offer to Democrats, which was nearly $2 trillion. And Trump has vacillated between publicly shutting down negotiations and demanding that the GOP offer even more cash to Democrats.

And despite boasting from both Pelosi and Mnuchin about getting closer to a deal, in reality the two sides still have not reached final agreement on many of the major outstanding issues. In a letter to Mnuchin earlier Thursday, Pelosi outlined many of those remaining disagreements, including language related to a national strategic testing plan, funding for state and local governments and liability protections for workers, businesses and schools.

Democrats say their districts will be hard-pressed to wait until January for a stimulus package, predicting that the economy will be even deeper in a hole after industries like restaurants and travel struggle through the winter without more aid.

“It’s already hard in this district right now,” said Rep. Chrissy Houlahan (D-Pa.), a moderate who has joined dozens of her colleagues to push congressional leaders to reach a deal quickly.

“You can definitely see that would be a scenario where the president, if not successful in reelection, would be petulant [and not sign a deal],” Houlahan said. “That would be tragic.”